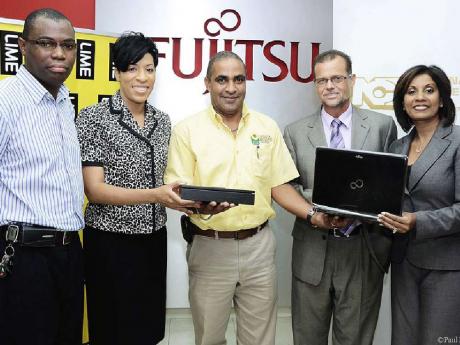 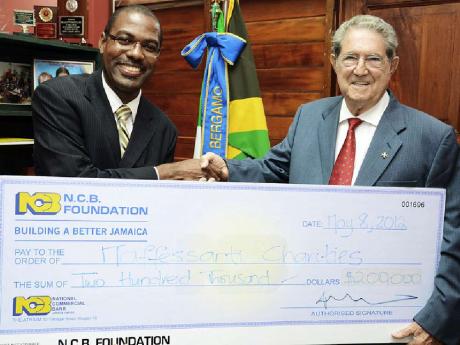 "I would encourage entrepreneurs to enter their businesses for the National Commercial Bank's (NCB) National Builder Awards (NBA), as I believe the programme offers an opportunity for greater awareness of the intricacies of operating a business and an avenue for greater public awareness of the products and services being offered," said Jackie Minott, managing director of Jamaica Standard Products (JSP) Company Limited.

JSP was declared the overall winner of the NCB National Builder Award 2011, at a ceremony held at The Jamaica Pegasus hotel.

Minott's comments were made as he reflected on the decision he made to enter his company in the award programme last year.

"We need many more nation builders in Jamaica, especially in these economically challenging times, so I would encourage as many businesses and volunteers across the island to enter this prestigious programme. As the overall winner, it also provides an opportunity to win a scholarship for an employee of your company," he continued. NCB Jamaica Limited, in partnership with the Department of Management Studies of the University of the West Indies, Mona offers a selected member of staff of the Nation Builder Award-winning company one three-year management studies scholarship to the institution.

Carolyn Wright, general manager of Rondel Village - the 2011 NBA Women in Business Awardee - said, "I have a framed photo of the trophy presentation which was sent to me by NCB, on display - together with the trophy - in the lobby of our hotel. And the guests are excited when they see it. The award has given our property good publicity which we would not have been able to afford otherwise."

2011 Impact Award (individual) winner, Guiseppe Maffessanti said: "The $200,000 cash prize which I received has helped a number of students at the Montego Bay Community College and a couple of basic schools."

Law student and prospective entrepreneur, Natalie Fletcher - and Master's degree student, Candice Carby were recipients of the 2011 NCB Vision Award - said they both considered the award to be a great financial investment in the business which they look forward to starting at the end of their current studies.

Applications for the 2012 NCB Nation Builder Awards are now open and will remain open until July 31. Application forms are available at any NCB branch islandwide and they can be downloaded from the website: www.jncb.com.