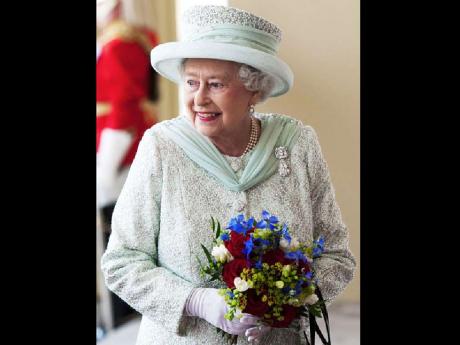 QUEEN ELIZABETH, head of the British Commonwealth, celebrates her Diamond Jubilee along with her husband, Prince Phillip Mountbatten, Duke of Edinburgh. It is noteworthy that the Governor General of Jamaica, Sir Patrick Allen, and Lady Allen were absent from the launch of the 2012-2013 hurricane season, which was presided over by the Hon Steadman Fuller, acting custos rotulorum of Kingston, as Sir Patrick is currently in London.

The Prime Minister of Jamaica, The Honourable Portia Lucreta Simpson Miler, indicated in her swearing-in speech to Parliament and the people of Jamaica in January 2012 that her Government will be making significant strides towards breaking the attachment to the British Empire, and that the Government would be initiating the process of detachment from the monarchy to become a republic with our own 'indigenous' president as head of state.

Jamaica is now facing a recession and a very serious financial crisis, and international financial institutions/lending agencies have refused to lend the country money to finance a stimulus package, as indicated by Minister of Finance Dr Peter Phillips.

Who funded the bill for the governor general to attend the Diamond Jubilee celebrations in London? Was it the Government and the people of Jamaica, and what was the cost of the trip?

Jamaica could break ties with the British monarchy sometime this year or early next year, so why was it necessary to be part of the Diamond Jubilee celebrations at the level of governor general, when the jamaican high commissioner could represent the Government and people of Jamaica?

In light of the present economic crisis, will Jamaica remain in the British Commonwealth of Nations?