Who's the Olympic coach? 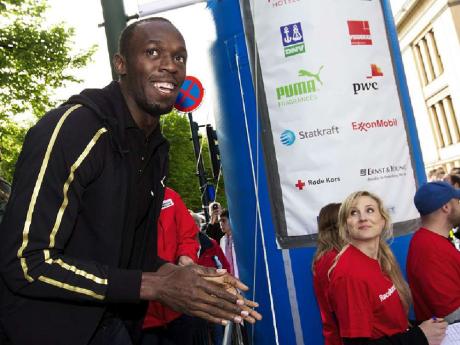 In this space in January it was mooted that it might be a good idea if the head coach of the 2012 Olympic team was named early. It seemed that the person named could get a headstart on the task, doing research, conferring with previous holders of the job and with colleague coaches of prospective Olympic team members.

In the Internet age, with networking sites, the Olympic coach could have useful dialogue with interested parties. That could be especially useful for those athletes who live abroad. Though the train-at-home movement has delivered great benefits, a large chunk of our best team members are based abroad.

To promote that dialogue, the coach's contact details could be placed on the JAAA's Internet locations to facilitate dialogue.

It's June 7 and the coach hasn't been named yet.

While the JAAA may know who will do the job, it hasn't been announced yet. It's a good bet that the athletes don't know either.

Before the 2009 World Championships, they might have assumed that Glen Mills was going to be head coach at every big meet. With Mills gone fully into private practice, Maurice Wilson took the reins for the Daegu Worlds.

National coaching assignments are done on a meet-to-meet basis. Had the Olympic coach been named early, there would have been a chance for important groundwork to be laid. Some work may well have been done, but the absence of a public announcement limits its value.

Coaching national teams isn't like coaching a school or club team. Most of the Olympic team will have their own personal coaches. In that environment, he is a strategist who views the overall Jamaican effort and tries to plot the pathway to glory.

He is an advisor who may be able to share technical advice with those who coach Olympic team candidates for the greater good of Jamaica. In addition to working with colleague national coaches on location, he may well be personal coach to some members of the team.

In an age past, the JAAA used to name the coaching staffs for all its teams - junior and senior - very early. The list of coaches, managers, chaperones and other team officials would appear in its annual report. Presented at the year-end Annual General Meeting, the list sets the table for the season to come.

That hasn't happened in over a decade.

Had things been different, the Olympic coach might have already held formal and informal meetings with his or her staff. These meetings might have used the experience of the past to illuminate the future.

With Howard Aris and his experience gone and Mills retired from national duty, the need for preparation is greater than ever.

Most countries at the high level of athletics have named their Olympic coaches long ago. It's an opportunity almost lost.

Perhaps the 2012 Olympic coaching staff can be announced and presented at the June 28-July 1 National Championships. Some of the important preparatory work could officially begin then.

The Olympic Games follow less than a month later, but some gains could surely be made. Meetings could be held at the Nationals, for example, with athletes whose performances made them eligible for relay duty. The coach could welcome them and outline the approach to be used to ensure maximum performance.

Multiply that across meetings between the coaching staff and the athletes in the hurdling disciplines, jumps and throws and the information gleaned could help.

Naming the Olympic coach and his or her staff early has its benefits. In this electronic age, it can be a conduit for the beneficial sharing of information. If we want to beat the world, an information head start won't hurt.

- Hubert Lawrence has covered athletics since 1987