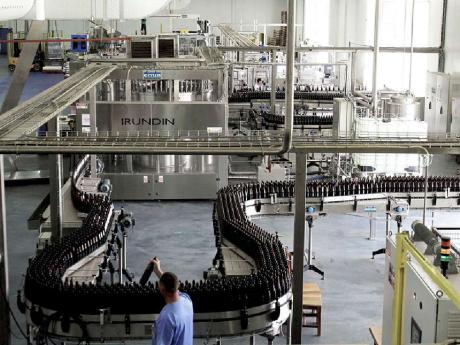 In this October 22, 2010 photo, a man works on the assembly line at the Havana Club rum factory in Havana, Cuba. - AP 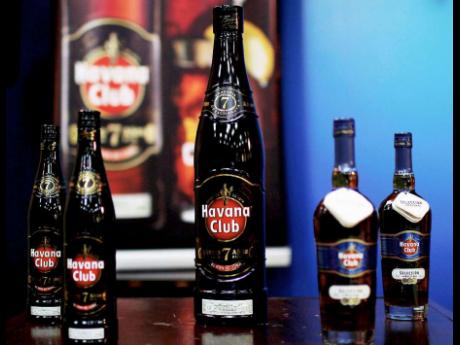 Bottles of Havana Club rum sit on display during a video conference between the Havana Club rum company in Havana and their associates in Paris at Pernod Ricard in Havana, Cuba, Tuesday, June 5. - AP
1
2

A bitter dispute over a sweet-tasting spirit appears to be nearing an endgame after more than a decade of legal wrangling.

Time and again, United States (US) courts have ruled against Cuba in its fight to control the US rights to the trademark Havana Club, the island's flagship rum brand that is sold in more than 120 countries around the world - but not in the US.

By mid-June, Cuba could lose all chance of pressing its legal claims against Bacardi, which distributes a limited quantity of its own Havana Club rum in Florida and says it plans to expand to other US states in the near future.

Indignant over what it considers wholesale piracy of a national icon, Cuba accuses the US of using an under-the-radar manoeuvre to block Cuba from paying the small trademark renewal fee, and has raised its concerns at increasingly high levels of government.

If the trademark expires, Cuba says it could retaliate on US trademarks currently protected on the island.

"The United States' disrespectful attitude in divesting the legitimate Cuban owners of the Havana Club brand can put at risk the brand and patent rights of American companies in our country," Maria de los Angeles Sanchez, director of Cuba's office of intellectual property, said Tuesday.

"Cuba reserves the right as a sovereign nation to act at the appropriate moment."

Such retaliation might have limited immediate impact, as most US goods are barred from being sold to the island under the 50-year-old US embargo.

However, there are some legal sales of food items, and companies could also face tough and costly legal battles to win back their trademark rights in a post-embargo Cuba.

Although the US sanctions prevent Cuba from marketing Havana Club in the United States, the island has held the trademark there since 1976 after the Cuban family that originally owned the brand let their registration lapse.

But since it came time to renew in 2006, Cuba says, it has been unable to do so because the US Treasury Department's Office of Foreign Assets Control, which enforces the embargo against the island, has not issued a licence for Havana to make the US$200 renewal payment.

Cuba sued the US government, but lost. And when the US Supreme Court declined to review the ruling on May 14, a 30-day countdown began after which the US Patent and Trademark Office can cancel the trademark.

That means that as soon as June 13, Cuba's
claim to the name could expire, and with it the island's best hope of
continuing its legal battle.

US government representatives declined to
comment Tuesday. But in a written response to a question posed at a May
17 briefing, the US State Department said the Office of Foreign Assets
Control declined to license Cuban state-run export company, Cubaexport,
to pay the fee, per policy guidance from
State.

"Cubaexport was accorded and exercised a
panoply of rights available to it under US law," the statement read.
"Cubaexport has had its day in court."

The French
company Pernod Ricard, which partners with Cuba to distribute Havana
Club worldwide, vows the battle isn't over.

"We are
currently studying possible legal actions and studying the decision,"
Olivia Lagache, general counsel for Havana Club, said by phone from
Paris. "We will still fight to keep this trademark
alive."

But the French spirits maker is also putting
contingency plans into action. After the Supreme Court ruling, Pernod
Ricard announced it had registered the brand name Havanista in the
United States to sell rum there whenever the embargo is
lifted.

The US is an extremely lucrative market and
home to some 40 percent of the world's rum drinkers, who would likely
jump at the chance to sip the light, dry rum, distilled through a
process of charcoal filtering and oak-barrel ageing to give it extra
sweetness.

Havana Club offers a range of rums that go
from just a few dollars to the ultra-high-end Maximo Extra Anejo, which
retails for more than $1,200 a bottle.

Bacardi says it legitimately has the right to
market Havana Club in the United States. The Bermuda-based company says
it purchased global rights to the trademark in 1997 from the Arechabala
family, the original owners who had let their registrations lapse. At
the time, Bacardi was already embroiled in a legal dispute over its use
of the name.

In rulings favouring Bacardi, courts
cited 1998 US legislation - which Bacardi lobbied for and some call the
'Bacardi Bill' - preventing lawsuits to enforce a trademark involving a
company that was nationalised by Cuba. That same legislation also
amended US law so that such trademarks could no longer be renewed
automatically, and required a specific licence from the Office of
Foreign Assets Control.

Bacardi applauded
the Supreme Court decision. It said it has a trademark pending with the
patent office since 1994, and is confident of gaining approval
soon.

"Cuba does not have a valid registration," said
Patricia M. Neal, a spokeswoman for Bacardi USA.

"As a
matter of law, the United States Patent and Trademark Office will
formally cancel the registration of Cuba Export for the mark in due
course," she said.