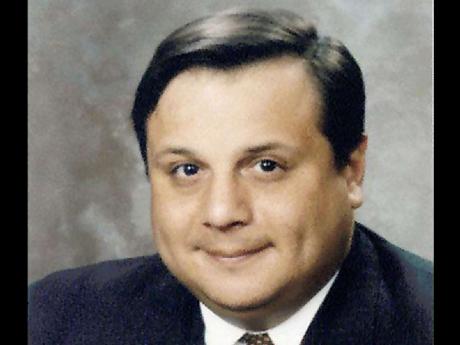 What went wrong? It was only a few months ago that things were looking rosy.

The United States economy was in a nice recovery. The Greek debt problem had been solved, at least for now.

The ECB used the LTRO facility to address most of the liquidity concerns in the European banking system. China was on glide path for a soft touchdown and the Mexican elections appeared to be a fait accompli.

So, how is it that everything went off the rails?

The US economy is no longer in the pink of health. Job growth stalled in May, sending the unemployment rate to 8.2 per cent. First-quarter GDP growth was revised down to 1.9 per cent, forcing most economists to trim their annual forecast. The May PMI came in at 52.7, down from 57 in April.

Some analysts blame the problems in Europe for the pause in the recovery. Others attribute it to the fiscal wall that the country will face at the end of this year, with the expiration of the Bush tax cuts.

However, no economy ever moves in a straight line. After enjoying a strong bout of expansion, the US economy is going through a consolidation phase. Nevertheless, it is not going into recession.

The benefits of the shale-gas/oil revolution are filtering down, and the economy is being revitalised. The US is in the early stages of a manufacturing renaissance, as many factories shift into gas-related activities.

By the end of this year, US automobile manufacturers are supposed to be rolling out the first natural gas-powered automobiles. Likewise, reduced energy bills are leaving households with more disposable income, which should boost consumption levels.

Therefore, the plateauing of the US economic recovery should not be a reason for concern. On the contrary, the ongoing energy revolution will propel the US to the vanguard of the global economy for the next decade.

The problems in Europe are more worrisome. The political setbacks in Greece are not so surprising. The disenchantment with the political class is high, and it is not surprising that the electorate rejected them at the polls.

The fact that the leading parties propose to repudiate the debt agreements are also not surprising. Most of the investor community had written off the Greeks a long time ago. Therefore, the implosion of the Greek economy should not have that much of an impact on the marketplace.

The more pressing concern is the tailspin of the Spanish banking system. Given the politicised nature of its first policy announcements, it was clear that Rajoy team were no technocrats.

Spain continues to ignore the obvious, that they need to undergo a severe adjustment process and they have not even taken the first
few steps.

Most importantly, the rapid deterioration
of the Chinese economy is a real reason for concern, but it should not
be surprising.

The May PMI came in 50.4, confirming
that the Chinese economy was on the cusp of contracting. Imports grew
0.3 per cent y/y in April. The current account surplus is down to two
per cent of GDP, from a surplus of 10 per cent a few years ago. Housing
starts are plunging, and there are signs that bank balance sheets are in
very bad shape.

India and Brazil just reported weaker than
expected GDP numbers, and commodities are in free-fall. However, much of
this was already priced into the market. Therefore, what
changed?

However, the sell-off seems to be more
of a liquidity problem than a fundamental concern. It could also be a
coordinated ploy by the banks to force the monetary authorities to
inject more liquidity.

Given the current state of
affairs, no one will complain if the US Federal Reserve announces QE3.
We can also expect another round of LTRO.

What does
this mean? It means that investors should take courage and pick up the
many bargains that are strewn all over the marketplace before the Dues
ex Machina is lowered on the stage.

Dr Walter T.
Molano is a managing partner and the head of research at BCP Securities
LLC. Email wmolano@bcpsecurities.com.