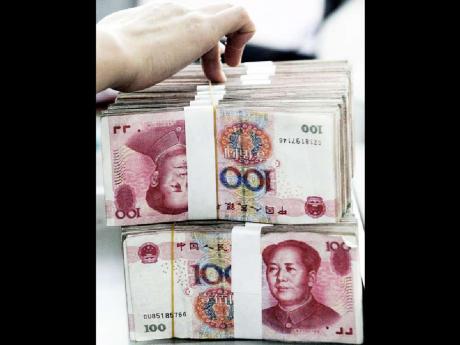 The interest rate on a one-year loan will be cut by a quarter percentage point to 6.31 per cent effective Friday, the central bank announced. It was the first rate cut since November 2008.

Beijing has rolled out a series of measures to stimulate the economy after growth fell to a nearly three-year low of 8.1 per cent in the first quarter and April factory output grew at its slowest rate since the 2008 crisis. Private-sector analysts expect this quarter's growth to fall further.

"We expect a boost to demand for lending as a result of the cuts, although the actual impact will be limited given low demand for credit."

The government has said it will pump billions of dollars into the economy through spending on building low-cost housing, airports and other public works. It also has approved a wave of major investments by state companies.

However, communist leaders are moving cautiously after their huge stimulus in response to the 2008 financial crisis fuelled inflation and a wasteful building boom.

After spending two years tightening lending and investment curbs to cool an overheated economy, the government reversed course in December after exporters were hit by a plunge in global demand for Chinese goods.

On May 12, regulators cut the minimum amount of reserves Chinese banks are required to hold in another effort to boost lending. Analysts said that would have little effect because struggling businesses were unlikely to borrow.

Monthly data due to be reported this weekend are expected to show a further deceleration in industrial activity.

Thursday's rate cut was small but in line with past moves by China's central bank. Beijing tends to use small changes as a signal to banks, companies and consumers that it approves of more borrowing.

Among other measures in recent weeks, Beijing has announced 66 billion yuan (US$10 billion) in spending on building affordable housing and 26.5 billion yuan (US$4.2 billion) to subsidise sales of energy-efficient appliances.