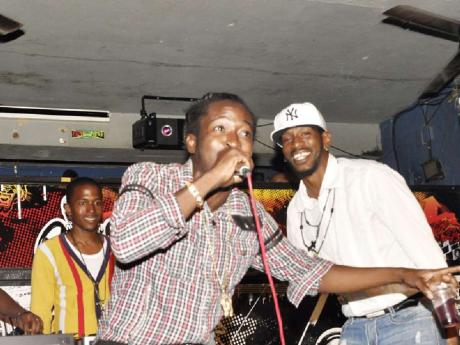 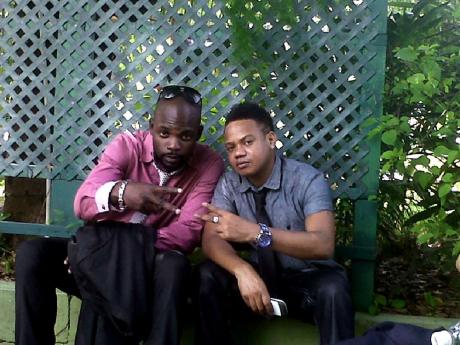 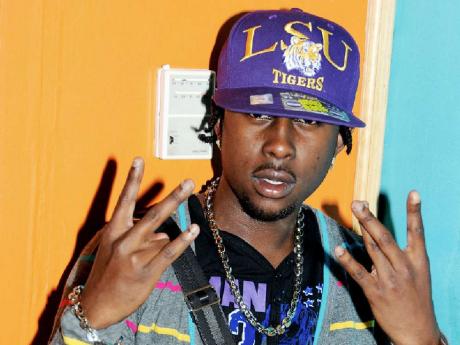 Libran is currently working with up-and-coming record label Suedajoy Records, and he disclosed that his new team, spearheaded by his road manager Trudy, is already making musical progress.

"The chemistry is there. I am recording a lot and I am working hard, so I think this new team will definitely take me to a next level. Chico and I have a good musical chemistry and people will see, based on the product," Libran said.

Libran is also a budding actor and recently made a cameo appearance in the Matrimony Medley video alongside reggae and dancehall standouts Sean Paul, Lady Saw and Wayne Marshall, among others.

Chico and Libran are currently promoting the Sexy Body collaboration. The song is produced by Freeze Production and the accompanying compilation will also feature Serani, Blak Ryno and Deva Bratt. "We will be promoting right through every party - ATI, Dream Weekend - you name it, we will be there pushing the song. Respect to Chico and my road manager Trudy, as well as Celebrity Records from Mandeville," Libran said.

Chico is currently in the United States on a musical gig and Libran is booked to make an appearance at the upcoming Celebrity Football match to be hosted on the first of July in New York.

Meanwhile, following good performances by Ninja Kid and Ryno at the recently concluded Rumfire Ochi Explosion at Margaritaville in St Ann, they are expected to headline the upcoming Guinness Hamma Fridaze Anniversary celebration scheduled to unfold on June 15 at Spoilers, downtown Kingston. They are also confirmed for Guinness Club Hamma in May Pen later this month.

After emerging on the Jamaican music scene six years ago, Darkcide International continues to grow in strength. The Kingston-based sound system last week expanded operations into Europe with the launch of its British arm.

As part of the new undertaking, the sound has inked a deal with top urban disc jock DJ Spawn, making him the newest member of the outfit. He will be based in Europe.

Hailing from Reading, England, DJ Spawn not only boasts expertise in Caribbean and North American music but has a vast knowledge of other genres, including Funky, House, UK Garage, Club, Classic, Grime and Drum n Bass, making him an ideal DJ to that demographic. The sound's full complement now consists of: DJ Spawn (UK), Sunjock Calico (Suncity 104.9FM, Portmore), Acid and teenage sensation DJ So Sick.

"It has always been a goal of mine to expand into other markets instead of confining ourselves to North America and the Caribbean. As part of the development process, we'll be promoting aggressively in Europe with the intent of solidifying 'TEAMDARKCIDE' across the globe," managing director Raymond 'Shadow' Small explained.

Last year, as part of the expansion process, the sound formed its record label along with subsidiary Prism Marketing Consultants for artiste management, events and promotion. Some clients and projects include Blak Ryno, Ninja Kid and producer Markus Myrie, along with the very popular Guinness Hamma Fridaze event.

Dancehall artiste Popcaan heads off to Europe next week for a two-week tour. The deejay will be performing for fans in Portugal, France, Sweden and Switzerland. This will mark his third European tour, having previously travelled with the Portmore Empire. This tour, however, is the artiste's first in Europe as a solo artiste.

The deejay said, "My European fans can expect a great show with all the Popcaan songs they know and love. We are rehearsing a set that includes songs from Jah Jah Protect Me to Dream to all di current hits. It's going to be good energy and good fry yiy vibes. So far, the feedback from Europe has been good, so I'm looking forward to having a good time and meeting new fans."

On his return from Europe, Popcaan will be performing at the St Kitts Music Festival, in Trinidad and Tobago, as well as a special performance at Smudge on July 1, the acclaimed local festival Reggae Sumfest in Montego Bay and Dream Weekend in Negril. He has also been busy in studio with new songs such as When Mi Party (TJ Records), Coolie Gal (UIM), Bad Mind (007 Records) and The System (Dre Skull).

Fans will not be disappointed as the deejay has more songs to be released soon, such as Popcaan Says (TJ Records) and Whine Up (YVP).

Magnum Kings and Queens of Dancehall runner-up Deon 'Senita Mogul' Mullings is still aiming to reach the pinnacle of his career.

He recently released a single called Girl Them Time on the Upper Class riddim, produced by Headnoise Production. Girl Them Time is also the lead single for his current five-track promotional CD, called I Love My Music.

Senita is currently embarking on an extensive street and Internet promotional campaign, which he says is making a positive impact.

"I am happy with how my music is progressing. I am still pushing on despite the challenges I face daily in the music industry. I remain focused on my goals like always, because any place worth going doesn't have a short cut," Senita said.