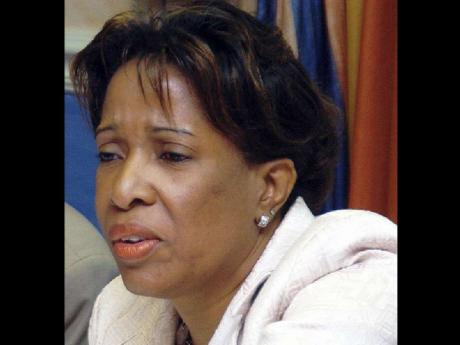 SOME LEGISLATORS have expressed unease over a proposal from the Island Traffic Authority (ITA) to implement a graduated driver's licence regime, which would see people waiting 18 months before being able to obtain driver's licences.

Senator Floyd Morris yesterday said the grouping that should be subject to that 18-month time frame "are persons who you have been found to be illiterate".

If the recommendations are accepted by Parliament, before a person is issued a learner's licence, he would have to pass the road-code test.

It is also proposed that the holder of the permit drives for at least eight months under the supervision of a licensed driver, who must have at least four years' experience.

The proposals for the graduated driver's licence scheme are contained in a draft road traffic bill which is to go to the legislative committee of Cabinet for consideration in short order.

Morris argued that subjecting people who are found to be illiterate to a graduated programme is a fairer approach when compared to the proposal to have the entire population wait one year.

"I believe that if you do that, it is going to exacerbate the black market that is already posing a headache," Morris said.

Senator Alexander Williams had suggested that the ITA seek to collate data which could determine whether illiteracy has a direct correlation to road crashes.

"I am wondering if we need to revisit the literacy issue going forward," Williams said.

He argued that if after research it is found that illiteracy is not a significant factor in the causing of road accidents, the State could allow those persons to drive.

Williams said that if the presence of illiterate drivers on the road does not impact on road safety, allowing them to drive could remove that incentive to a thriving black market, which now sells driver's licences.

Paula Fletcher, executive director of the Road Safety Council, said "there is empirical evidence that proves that you get at least a 30 per cent reduction in fatalities in countries where you have this graduated licensing system being implemented".

Similarly, Paul Clementson, head of the ITA, noted that a graduated licence scheme was not novel.

"We observe that it takes place in a number of other jurisdictions and what it does, it ensures that the individual who now possesses a full-fledged driver's licence would have had experience which will influence the type of driving that we see on the road," Clementson said.

He added: "Studies show that a person whose driver's licence is under two years have a 200 per cent higher risk of being involved in a collision than the seasoned driver."

Too long a period

But like his fellow senators Williams and Morris, Wensworth Skeffery said the time being proposed for the graduated scheme was too long.

In the meantime, Clementson said "there is a mass driver's licence racket which is defrauding the public coffers and releasing incompetent drivers in the traffic environment".

He told the Senate committee that the ITA's systems were tight and there was no evidence to suggest that the release of incompetent drivers on the road was facilitated through that department.

According to the ITA head, an illicit driver's licence trade was operating parallel to the state's and has facilitated the presence of incompetent drivers on the streets, many of whom are illiterate.

The Senate committee on national policy is examining issues of road safety, particularly relating to the driver's licence system. It follows a debate in the House on a private member's motion brought by Imani Duncan-Price.