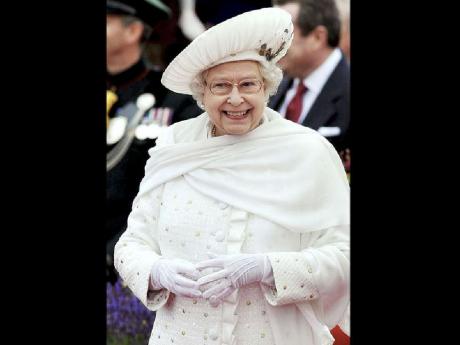 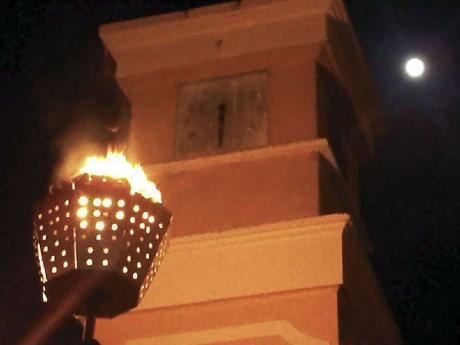 A torch, which was lit in Port Antonio square on Tuesday to commemorate Queen Elizabeth's Diamond Jubilee. - Photo by Gareth Davis
1
2

THE PORT Antonio square was the centre of excitement last Tuesday night as a number of civic groups, civil servants, and residents gathered to commemorate Queen Elizabeth's 60th year on the throne.

Three uniformed groups including the police, a marching band, and cadets, were out on parade in the town square, in front of a massive crowd which witnessed the historic event.

Custos of Portland Roy Thompson lauded the massive turnout and spoke highly of Jamaica's long-standing relationship with Great Britain, which was once our colonial master.

"It is a fitting occasion to acknowledge Her Royal Highness. She has commanded her affairs with distinction, which has and continues to foster good relations with us in this blessed country. Our heart goes out to her and her family, and may God save the Queen."

The function, which was a fairly short one, ended before midnight. The torch that was lit earlier in the evening was left burning in the square for 24 hours.