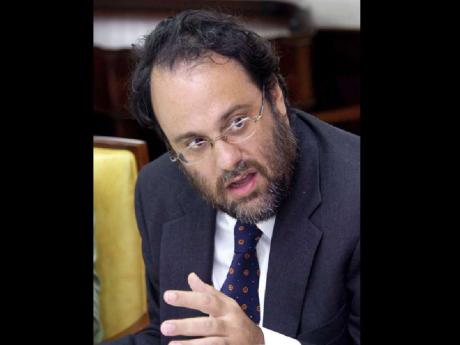 AN ADVISORY committee set up to examine the establishment of a single anti-corruption body to fight various elements of corruption in the public and private sector is to submit its report to the Ministry of Justice at the end of the month.

Justice Minister Mark Golding announced on Tuesday that as soon as his ministry gets the report, he would be taking a submission to Cabinet seeking drafting instructions.

"'I would hope that the necessary legislation will be in place this fiscal year, and we will be working hard to achieve that," the justice minister stated.

He said work was under way to design how the anti-corruption unit would be structured, given the existing laws promulgated to fight corruption.

At present, there are at least three state agencies with the specific mandate to fight corruption. The anti-corruption bodies are the Office of the Contractor General, the Corruption Prevention Commission, and the Integrity Commission.

Speaking on Tuesday at the launch of the Major Organised Crime and Anti-Corruption Task Force (MOCA), Senator Golding said the proposed single anti-corruption body would work closely with the newly established task force.

"We want to see that really redesigned into a single agency that has the necessary powers to be effective. That agency, when it comes into existence, will have to work in tandem with MOCA ... Together, they will be a very effective team to really make a difference in this area," said Golding.

Contractor General Greg Christie had recommended in March 2010 the setting up of a national independent anti-corruption state agency with the mandate, among other things, to criminally investigate and to independently prosecute all corruption and related criminal offences.

Christie had sent his proposal to then Prime Minister Bruce Golding and issued copies to then Opposition Leader Portia Simpson Miller, as well as the speaker of the House and president of the Senate.