A pose for CFW 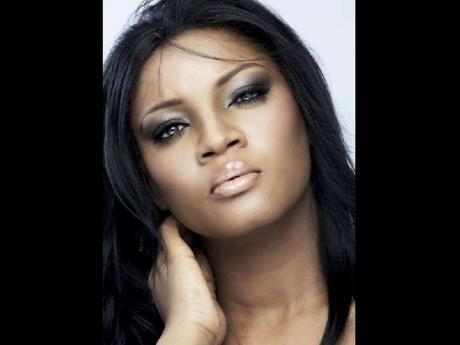 Say the names Vogue! Cosmopolitan! Elle! Essence! Glamour! Vibe! Marie Claire!, Mirabella - and to the fashion savvy, these names evoke imagery of international high fashion. What is not immediately obvious, however, is the fact that these are fashion's hottest magazines, all of which have had Pulse models gracing their covers and/or editorial pages in fashion layouts.

Enter Pulse, and Jamaican audience was introduced to the wide world of fashion that included such previously unheralded fashion centres as Tokyo, Japan; Johannesburg, South Africa; including the traditional fashion meccas.

A rush of interest

With Pulse creating a greater appreciation for the global fashion centres came a rush of interest in modelling, and not only just by modelling, hopefuls, but also by a number of what can best be described as 'snake-oil salesmen', with a plethora of fly-by-night modelling agencies springing up all over the island, but particularly in the nation's capital, promising to make superstars of ambitious young ladies and young men, that while many would qualify as a neighbourhood beauty, hunk or exotic, would never make it on the international stage!

Curiously enough, during this period of the proliferation of
'snake-oil salesmen', many would use the name or images of successful
Pulse models to promote their fly-by-night
agencies.

Anyway, my dears, it's been three decades
now since Pulse began exporting Jamaican talent to the world, and along
the way Jamaicans not only enjoyed the exploits and triumphs of their
countrymen and women on the international catwalks and the glossy pages
of leading fashion mags, but, the country became more fashion-conscious,
and trailblazing names such as Kimberley Mais, Althea Laing, Angela
Neil, Jheanell Azan, Justine Willoughby, Lois Samuels, Romae Gordon, and
Juline Samuels became synonymous Pulse success stories in the major
international markets.

The world of
fashion

And while the world of fashion soon became
used to the idea of Jamaica being an incredible source of modelling
talent, and Jamaicans became familiar with designers such as Cardin,
Polo, Claiborne, De la Renta, McQueen, McCartney, Westwood, Manolos,
Jacobs, and even Fubu, the fashion world at large was largely unaware of
Jamaican and Caribbean fashion designers as a
whole.

Well, this year, Caribbean Fashionweek (CFW)
celebrates its 12th anniversary. as is the custom, this year Caribbean
Fashionweek is a hybrid of fabulous fashion and the very best in
international entertainment.

My darlings, as made
popular by international pop-superstar Madonna, with her
catwalk/fashion-inspired song Vogue, the link between
pop-music and fashion is umbilical, as indeed, over the years, pop
music has acted like a muse for designers, as the music has given birth
to its own fashion trends, as evidenced here with the emergence of
dancehall fashion as a major fashion influence, not just in urban taste,
but in speech, attitudes and dance.

Well, in keeping
with the traditional format of combining music and fashion, for CFW 12
the organisers are promising not only a fashionistas haven, but some fab
concerts for the musically fashionable, as some of the hottest names in
the music biz will be in 'command performances' at the National Indoor
Sports Centre, when Caribbean Fashionweek 2012 kicks off to great
fanfare later today, following on its successfully fabulous cocktail
launch last evening at the preferred hotel of CFW 2012, the uber-fab
Spanish Court Hotel.

Dears, we are talking Caribbean
fashion to the world here, and then some, as leading designers from the
Caribbean region and the diaspora will be turning it out, and then some,
as indeed, with Jamaica and its Caribbean sister, Trinidad and Tobago,
both celebrating their 50th year of Independence, tonight's musical
offerings will be about the celebration of the golden jubilee of both
nations, and luvs, it promises to be all that and then some, as the
theme of the golden jubilees will be present during CFW
12.

And we are talking The Jolly Boys; Shurwayne
Winchester; Cham; Konshens; Estelle; and the best-selling international
singer, songwriter, multi-instrumentalist and sex-symbol Brian McKnight,
who will bring the entertainment curtain down on CFW
2012!

Dears, we are talking hot like that and then
some here, and nothing but!

And if the rhythm does not
get you, luvs, the designs will.