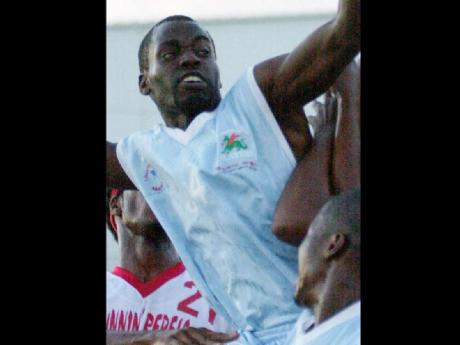 The Slayers, who last won the trophy in 2006, flourished as they outclassed the JDF 61-51 to record their fifth straight victory of the season. The win also moved the Slayers to second in the standings with seven wins and three defeats. Spanish Town Spartans lead the table with eight wins and three loses.

"This was a very big victory for us," said Robinson. "The game was very physical because my players had to withstand some tough challenges from the JDF for the entire match."

The match was closely contested at both ends of the court. However, Slayers managed to eke out a 31-28 lead at half-time and 46-42 at the end of the third quarter, before pulling away in the fourth period. Leighton Meeks led the way for the Slayers with 16 points. He received support from Damion Young, who netted 12 points.

"I think that we can definitely go all the way in competition because of the strength and depth that we have in our team," Robinson said. "However, in order for us to do this, we will have to make sure that we train more regularly together, so that we can build the team's chemistry."

Raymond Francis' 13 points and Stephen Spence with 11 points were the main contributors for the JDF.

In the day's other game, Water-house Blazers defeated Majesty Gardens Legends 64-55, to register their sixth win of the season.

Raymond Lane led the way for the Blazers with a team-high 16 points and 10 rebounds. Lane received support from Kirk Shaw, who netted 13 points.

Havando Dunn with 25 points and seven rebounds, and captain Baldon Todd, 18 points and 16 rebounds, were the main contributors for the Legends, whose record now stands at six wins and three defeats.