Contender final will be a thriller 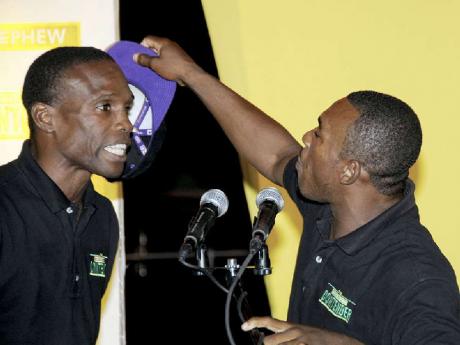 The search for the J. Wray & Nephew Welterweight Contender 2012, which started on February 15, will end on Wednesday, June 13, at the National Indoor Sports Centre, Independence Park, with what promises to be a thrilling final between Donovan 'Police' Campbell, the 43-year old veteran, and Ramel 'Sub Zero' Lewis, the young 25-year-old lion with the blazing fists.

The matchup between these two boxers is a dream come true for the promoters, as these are two of the most popular fighters in the competition which started with 16 boxers. They both have strong groups of supporters, Campbell from Kingston's Stanley Couch gym and Lewis from the Hard Knocks gym in Savanna-la-mar that produced last year's winner, Rikardo Smith.

It will be an intriguing clash between the boxer Campbell who has a 15-5-1 record, and Lewis, 3-0, who has gone past three rounds only once. In the build-up to the finals, all of Campbell's fights went the distance, while Lewis, who made his professional debut in this series, is 3-0, with two of those victories coming early in the fight.

In his semi-final against Ian Smith, Lewis predicted a first round knockout, but it took him two rounds to do the job. Campbell, on the other hand, worked hard for eight rounds to get a unanimous decision over Richard Holmes in his semi-final. He will be facing another brash young fighter in the final, and his ring experience will have to be put on show once more. It promises to be an exciting matchup, with both camps very confident of victory.

In the semi-final, Holmes, who has already placed third in the competition, will take on the cagey Kevin Hylton over six rounds. This is a very competitive matchup and Holmes, who ran out of steam in his semi-final against Campbell, should be a much more disciplined fighter this time around. There will also be two amateur bouts on the card.