50 of Caribbean's best designers on show 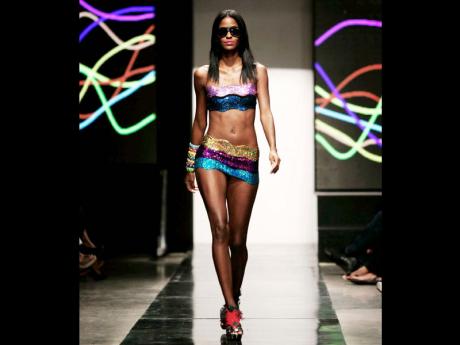 Trinidadian Model Leah Guevarra in a bikini by Jamaican designer, the Mush-room, during a previous Caribbean Fashion-Week.-Contributed PHOTOS 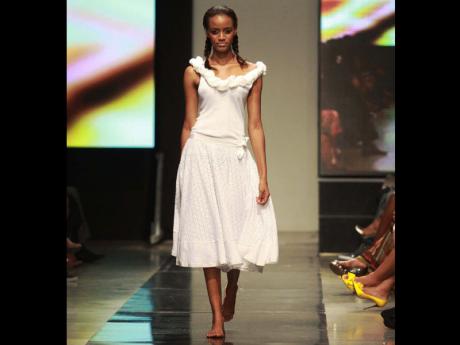 Jamaican supermodel Sedene Blake in a dress designed by Trinidad's Meiling during a previous Caribbean FashionWeek.
1
2

In 2012, 50 is a popular number. Both Jamaica and Trinidad, the two countries which have contributed the most to the 12-year-old pioneering event, Caribbean FashionWeek (CFW), are celebrating 50 years this year.

As of yesterday, Pulse joined the celebrations by bringing 50 of the region's best designers to CFW in this special year. This is without question a record-breaking, history-making line-up of Caribbean talent, whether from the diaspora, such as Gavin Douglas, Shaco, or Tiger Lilly; or from within the region, such as the ultra-talented Meiling, Mutamba, or the Mushroom. Whether they are emerging designers such as Rachael Williams, Summer Jarrett, or Nell Robinson's Bang!; or established standouts such as Cedella Marley, The Cloth, or Zadd and Eastman. Whether they are Mission Catwalk finalists such as Crystal Powell and Ryan Chan, or simply top-class Caribbean designers such as Julan, Biggy, or Drenna Luna.

This year's style celebration has already begun to show itself to be amazing.

CFW kicked off on Thursday with the annual opening-night reception at the Spanish Court Hotel. It was followed by the event's press conference yesterday morning, also at the Spanish Court Hotel. Last night was the first of the fashion shows at the National Indoor Sports Centre, followed by a concert featuring Trinidadian Shurwayne Winchester and Jamaica's Konshens in celebration of the 50th anniversary of both countries. An after-party took place at Studio 38, Trafalgar Road.

Tomorrow's fashion shows will be followed by performances from The Jolly Boys, then its R&B superstar Brian McKnight.

The after-party tomorrow will be staged at Club Privilege, with a private CFW wrap party taking place on Monday.

Pulse, which produces Caribbean FashionWeek, redoubles its efforts to take Caribbean fashion to a place of enhanced respect, recognition, and profit at the centre of world fashion. This initiative continues to be executed in partnership with Caribbean stakeholders including the Caribbean Export Development Agency, the Caribbean Fashion Industry Association, the Jamaica Tourist Board, Appleton rums, Supreme Ventures, CVM TV, Eye Q Optical, as well as other regional stakeholders and industry professionals. Since its inception in 2001, CFW has been the main catalyst for Caribbean fashion-industry development.

An ambitious project, CFW has brought the world of fashion to the region as it seeks to focus international attention on what the Caribbean has to offer, while at the same time working with stakeholders to build capacity and generate business for Caribbean stylists.