MAXIMUM! No mercy as judge slaps Dudus with 23-year sentence 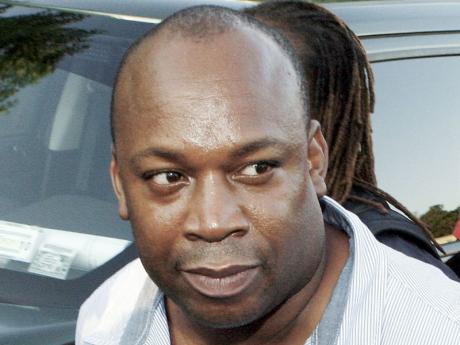 VISIBLY SLIMMER and clad in customary prison-issued blue shirt and slacks, Christopher 'Dudus' Coke yesterday pleaded for leniency in the Southern District Court of New York, telling the judge that he was "a good person who had done a lot of good things for the people of Tivoli Gardens," and as such did not deserve the maximum sentence.

"Sir, I'm not gonna stand here in this court and tell you that I'm a saint and I've never done anything wrong in my life, but these negative things that they are talking about me does not describe the true person that I really am," Coke told the judge.

In his impassioned plea, the former Tivoli don told the court, "In my community, I have implemented certain programmes, so that kids could get off the streets at a certain time of the night. I have created a remedial centre, a homework programme to benefit the youths and I would not consider doing any of these things that 'Cowboy' (Jermaine Cohen) and the other persons are talking about."

Despite his plea, Coke was given 20 years in prison for drug and firearm trafficking and three years for assault. The sentences will run consecutively. The judge has also ordered the forfeiture of Coke's assets in the sum of US$1.5 million; Coke will also pay fines for the crimes he confessed to.

Family members present in court were visibly distressed following the judge's ruling. His usually vocal aunt Angella Jackson could only repeat, "I am not in a good mood today." Her two adult sons begged for the family's privacy while shielding their mother from the cameras. Coke has two weeks in which to file an appeal.