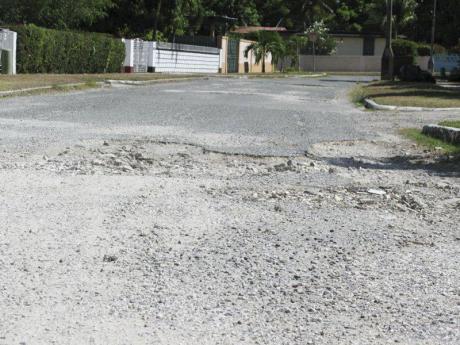 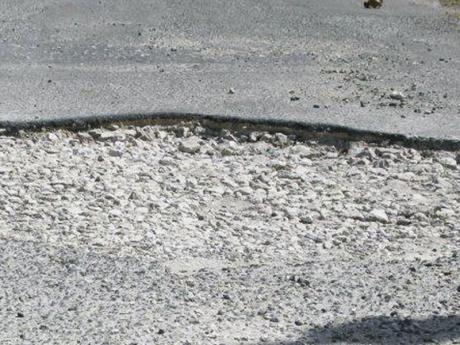 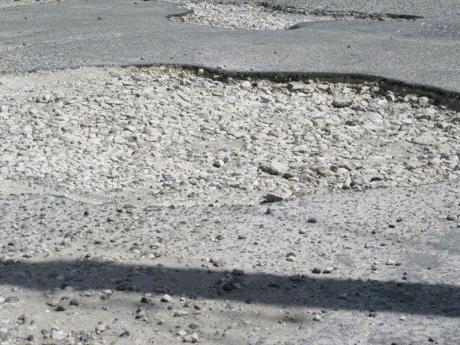 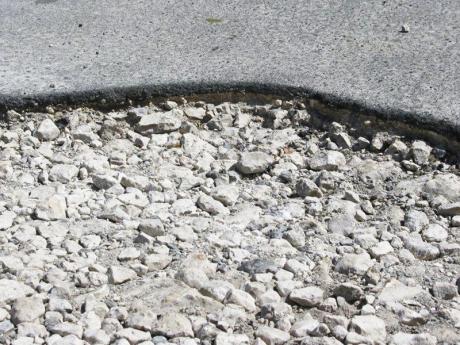 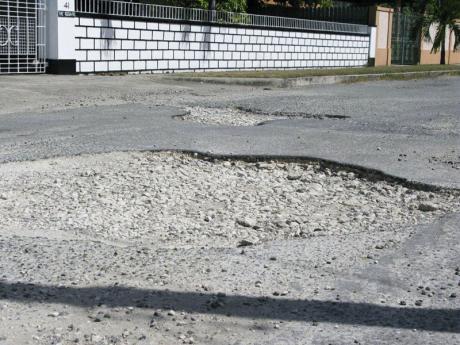 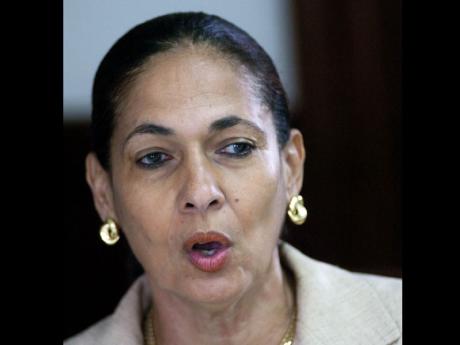 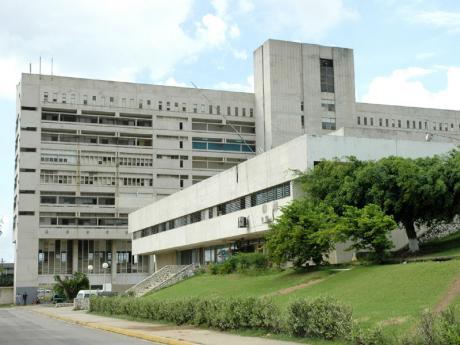 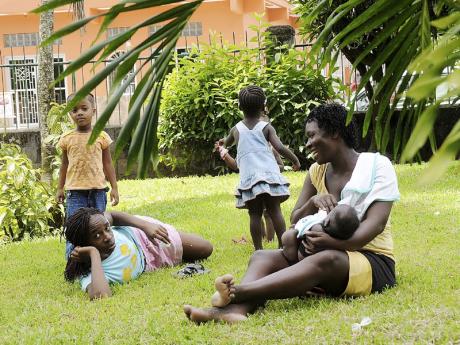 The board of management of the Western Regional Health Authority (WRHA) takes this opportunity to reply to your recently published letters concerning the services provided by the Cornwall Regional Hospital (CRH).

We fully acknowledge that as a public institution we face a number of challenges in the areas of resources, staffing and service delivery. Accidents and trauma constitute a major burden on our secondary and tertiary health system, both in terms of cost and the demand on our health professionals. We are, however, making every effort to improve our service delivery within the constraints of available resources.

While we are unable to comment on the specific issues published by the media, we wish to draw attention to the following:

1. The primary function of the Accident and Emergency Department is to respond to emergency cases. These may include motor vehicle accidents, gunshot and stab wounds, heart attacks, strokes, etc.

2. Emergencies take preference over non-emergencies and may lengthen the waiting time for this department. However, in a deliberate effort to reduce the waiting time for patients classified as non-urgent, we have recently opened the Accident and Ambulatory Care Centre to facilitate the timely treatment of patients. The average wait in this unit, which sees between 40 and 80 patients daily, is estimated at less than one hour.

3. The waiting time for X-rays is occasionally long because of the volume of examinations to be done or if the machine is out of service. This is not normally the case, as our records indicate that the average time for completion of an X-ray in the Accident and Emergency Department is less than 30 minutes when the A&E unit is functioning.

1. Patients are not required to take sheets when being admitted to the hospital. The Cornwall Regional Hospital has made significant strides in ensuring that wards are fully supplied with the linen needed. However, the norm for inpatients to is to bring their own toiletries when being admitted.

It must be emphasised that with less-than-adequate resources, the hospital continues to provide excellent services to the people of western Jamaica. Major improvements include the opening of the Cardiology Unit, the commencement of neurosurgery service, and the expansion of the intensive-care services.

We take this opportunity to thank all users of the facility for the many positive and constructive comments. We also note the criticisms levelled and will continue to work to provide an excellent service to our valued clients.

From the continued irresponsible performance of the government agencies in Jamaica, we as a country will continue to slide further and further into insurmountable debt.

About a month ago, the National Water Commission (NWC) repaired a broken water main on a newly Jamaica Development Infrastructure Programme road at the intersection of Vega Vale and Westmead Road in Belgrade Heights. When the NWC had completed the repairs, the area was approximately four feet wide, four inches deep.

The National Works Agency (NWA) was told that the work was finished and that the road surface could now be restored to the state in which it had been when it was first completed.

During this time, the surface has deteriorated from four feet wide, four inches deep to five feet wide and a depth of five inches.

The rainy season is about to start, and with the traffic we will be having one more man-made lake. Aren't agencies aware of the waste of the country's resources, and more so that it is borrowed money?

I would like to express my deepest gratitude to North East St Ann Member of Parliament Shahine Robinson for assisting us after our recent accident (last Saturday) at the Fern Gully.

Mrs Robinson, who happened to be passing shortly after the accident, was quite instrumental in assisting by calling the Ocho Rios Police Station and a wrecker service. A police trooper came to our rescue shortly afterwards, along with the wrecker.

What was quite noteworthy was that Mrs Robinson stayed with us throughout our ordeal until the police arrived. She even gave us some counselling and wished us well on completing our journey.

Therefore, I would like to thank her very much, and I think she is a great and understanding MP.

At least it shows that there are some people in Parliament who do still care about the welfare of the Jamaican people.

This is an open letter to the National Housing Trust.

I read with great disappointment and distress the article published in The Sunday Gleaner on May 6, titled 'NHT rejects St Thomas for dormitory housing', written by Avia Collinder. I am a proud product of St Thomas and I don't want or have the desire to live anywhere else as I love my parish.

I am a regular contributor to the National Housing Trust (NHT) fund by way of salary deduction for the past 15 years, with a hope of some day owning my home in St Thomas, and I am eagerly awaiting to get a lot in Creighton Hall in St Thomas, even though with my current salary it looks sticky, but I digress.

I would like to know what feasibility study was done to reach that conclusion. The shortage of housing solutions for the residents of St Thomas has led to houses being built on lands referred to as captured/squatter land that could have been regularised by NHT, if not already owned by others. These include places such as 'Bottle Torch Scheme' in Yallahs, Forte in Leith Hall, Port Morant, Oxford Road in Prospect, and many others.

It's only because I am scared of constructing on the captured land with my hard-earned money, only to have it one day being bulldozed by the authorities, why I haven't put up a place to call my very own.

Journeying to work in Kingston daily, I have seen many houses being constructed and infrastructure being put in place by private developers, so I would like to know what is the difference between the private developers and NHT why they are able to construct houses while the NHT can't.

They are several places in St Thomas that can be developed by NHT into dormitory housing sites. A prime one that comes to mind is the land on the Prospect stretch of road where the earth station satellite was housed. There is also land in Port Morant, opposite the Port Morant Housing Scheme, and land in Potosi approaching Bath, sitting ready for development.

The article states that there is a preference for houses being built in St Catherine and Clarendon. This is has led to urban migration, which eventually leads to overpopulation and, ultimately, stress is placed on the infrastructure of these parishes that are not modernised to accommodate the increased populations.

The article also refers to bad roads as deterrent to the idea of dormitory housing for St Thomas. True, the roads are in deplorable condition; however, this needs to be rectified by the relevant authority.

St Thomas is a parish rich with Jamaica's history that can be explored and developed into tourist attractions to help fund the Budget instead of taxing the population to death. St Thomas has Bath Botanical Gardens, the second oldest in the Western Hemisphere, where many of the first plants brought to Jamaica were planted. It is famous for the Bath Fountain (hot and cold springs), with its high mineral contents (sulphur and lime) and is said to be effective in the treatment of skin diseases, gout and rheumatism. There is also the Morant Point Lighthouse, which is also the oldest cast-iron lighthouse built in the Western Hemisphere, along a beautiful stretch of beach.

The Stokes Hall Great House is said to be the oldest existing structural foundations in the island. St Thomas is also where the famous Morant Bay Rebellion took place.

This parish needs to be developed. Not everybody wants to live in Kingston and Portmore, which are overpopulated. I, along with many others, want the clean country air that St Thomas offers. Over to you, NHT.

I must highlight the pothole problems that residents of Carnation Way, Mona Heights, are experiencing.

We do not need the entire road resurfaced; just patch the potholes.

Since the general election, Member of Parliament André Hylton has been missing in action.