Richard James has the formula for maths teaching 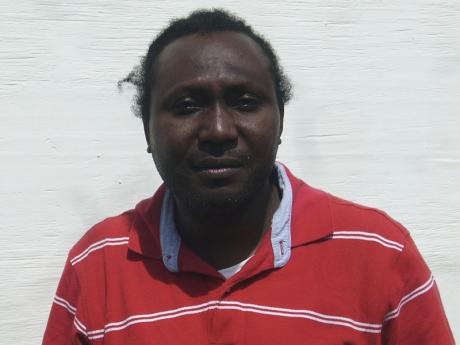 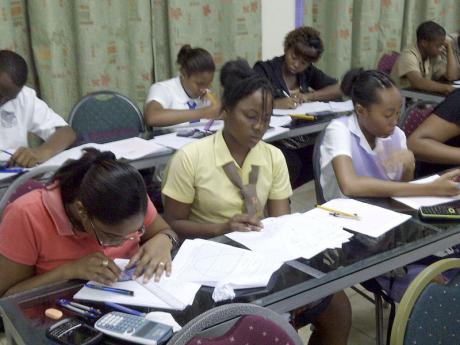 MONTEGO BAY, St James:TO SAY the least, the performance of Jamaican students in the annual Caribbean Secondary Education Certificate mathematics examination, is generally dismal one of the lowest in the region.

Many reasons are given for and many more suggestions have been proffered to lessen the embarrassing situation. But year in, year out, the grades four and five are dished out on the result slips - for all to see.

Yet, this may not be the case if you are tutored by Montego Bay-based Richard James, who runs St James Tutorial. The graduate of St James' Glendevon All-Age School, Cornwall College, and the University of the West Indies, Mona campus, said the results he gets are excellent.

He opened St James Tutorial in 1997, after leaving university in 1996, because he wanted the time and space to be more creative and flexible. "I don't think that exactly what I wanted to do for mathematics that I could do it under just any supervision ... I wanted creativity and flexibility," he said in retrospect.

Since graduation, he has also taught at Cornwall College, Herbert Morrison Technical High School, Montego Bay Community College, Pre-University School, St James High School, and Sam Sharpe Teachers' College, all in St James. He said at Sam Sharpe, the excellent results he got in 1997 had never been attained before, and still have not been surpassed. "The results that they got were astonishing!" he declared.

The results at St James Tutorial are no less impressive, as 80 per cent of his entrants generally pass, with the occasional 93 per cent and 97 per cent passing.

Ninth-graders getting distinctions is very much a part of his profile, and so are eigth-graders, who get regular passes. He also mentioned a youngster, Wayne Wright, who couldn't pass after many attempts, but when James took him under his wings, he flew out a few months later with that elusive pass.

His sister went to James subsequently and got a distinction at age 14. What, then, is the formula for James' seemingly exceptional pass rates? His aptitude for mathematics started in all-age school when he was preparing for the Common Entrance Examination. He had a teacher who tutored only maths.

"Obviously, the teachers there had a vision," he said. "I was given a specialist teacher for mathematics at that early stage, and I think that is what contributed a lot to my development in mathematics." His father's guidance and the instruction from "excellent" teachers at Cornwall are also to be credited, he said.

James' viewpoint is that early development is very important, and teachers must start at the basics and stop "programming" students to pass. "The emphasis has to be at primary school, the same place where I have started," he said. The foundation in high school also has to be very strong, and should students go to him without having a solid foundation, that is where he would begin - at the basics.

The use of psychology is another technique James applies. He gets into their mind, and fires them up into the competitive mode. He also believes that only half of what students need to know is about mathematics. The other half is about having common sense so that when the challenges occur in the exam, because of how the questions are set, students have to find a way to interpret and improvise. "Common sense is greater than mathematics," he opined, "You have to, a great improviser in an examination."

Class control and classrooms conducive to the learning process are also factors, and he has made sure the physical environment he teaches in is up to standard.

Likewise, he hates repetition and time wasting. So, he has documented all his lessons in seven instructional booklets, which are what his students use in class, instead of spending time writing notes. In addition, he has 150 hours of maths videos on classroom instruction, past paper solutions, and tips on how to present the work on paper. Presentation is key, he said. "The way that you present information is as important as the information that you are presenting. My students know that, and that is also a factor that contributes to the success of my students."