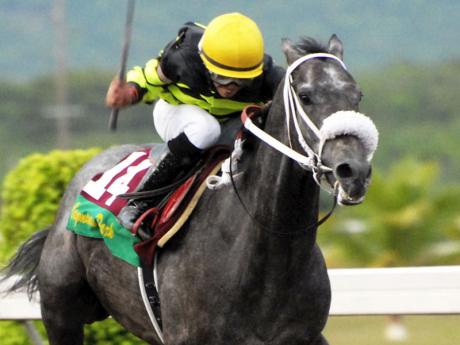 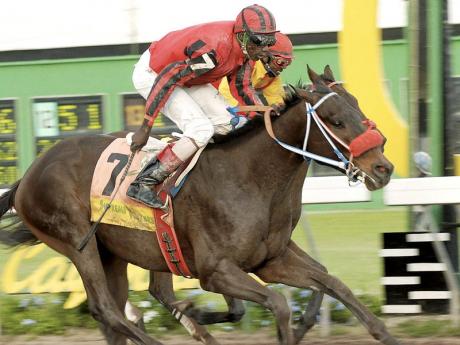 ALL CORRECT ... will be ridden by Omar Walker. -file 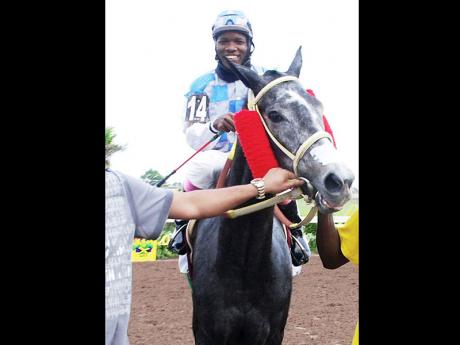 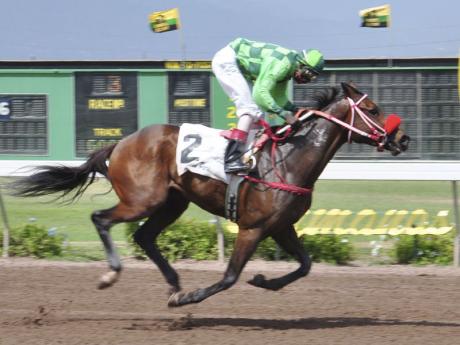 The 92nd running of the Jamaica Derby is the showpiece event at Caymanas Park today, and with a maximum field of 16 declared it should be a thriller.

At stake in the mile-and-a-half classic is the Sir John Mordecai Trophy and a whopping purse of $9 million.

The switch from Shane Ellis to Walker aboard ALL CORRECT marks the first time in almost a year that Walker will be riding a horse for his former stable, where he won four consecutive jockeys' championships from 2007 to 2010.

With Lotto Classic-winning jockey Shane Ellis having deserted ALL CORRECT in order to ride TYPEWRITER for Chung, Walker was brought in on the request of the owners, Velvet Glove.

Following his two-length victory over the then favourite ALL CORRECT in the Guineas, UNCLE DONNY elected to bypass the Governor's Cup in May in preference to an open allowance race over 1820 metres in which he finished 93/4 lengths third to out-of-class EMPEROR HALL.

The fact that he had little chance at the weights (55.0kg) at that level and ran so well represents the best Derby prep by any of the 16 starters.

Panamanian Cardenas summed up the chances of UNCLE DONNY.

"This horse not only won the Guineas but come back to run well in open allowance company and that was good prep for Derby," said the 27-year-old jockey.

"He will have no problem staying the distance, and although this is the biggest test of his career so far, I think him will prove equal to task," he added.

To my mind, UNCLE DONNY is indeed the one to beat.

True, ALL CORRECT has looked that much sharper at exercise coming into the race, with his brisk 1:29.0 for seven furlongs last Saturday morning, while UNCLE DONNY clocked 1:31.1 for the same distance on a heavy surface Sunday morning.

While both are well suited to the distance, UNCLE DONNY, who is by Dayton Flyer out of the Royal Minister mare Pretty Hilly, has displayed a bit more class and this should tilt the balance in his favour.

TYPEWRITER, unbeaten in three starts, will have lots of supporters despite a recent setback in his preparation. This lightly raced but talented bay gelding by Western Classic out of Docs' Paladin has been missing from exercise for the past week, sparking fears that all is not right with him. The fact that he has been allowed to take his chances is reason to believe he will prove competitive.

The filly EXOTIC GOLD and AVENTURA both appear to stay and it is not beyond either to win.

But as I said earlier, UNCLE DONNY came out of his prep with high marks and I take this grey colt to give Cardenas his third consecutive Derby win behind MARK MY WORD (2010) and the outsider TECHNOMOTO for Nunes last year.

I also like REMEMBER ME to win the third race, ANNTRACK in the fifth, STORMY CAT in the sixth, EL PODEROSO in the seventh and ANTOINETTE in the eighth.