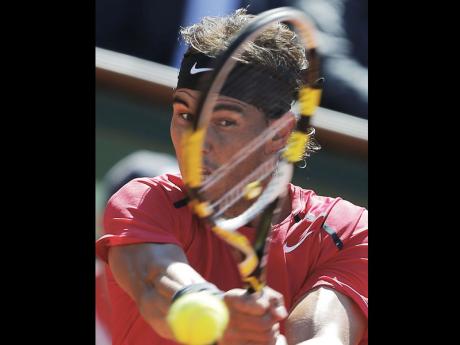 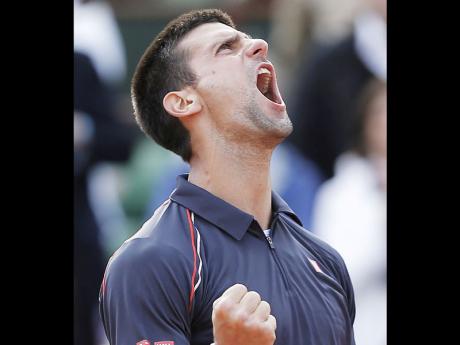 PARIS (AP):For the fourth straight time in a Grand Slam final, it will be Novak Djokovic versus Rafael Nadal.

That Nadal got there by winning his French Open semi-final in a breeze against David Ferrer was no shock.

That Djokovic made it after running into only a wisp of a challenge from Roger Federer - well, that came as a bigger surprise.

Tomorrow, 'Rafa' and 'Nole' meet and someone will make history: Either Nadal will win his seventh French Open to break the record he now shares with Bjorn Borg or Djokovic will become the first man in 43 years to win four straight Grand Slam tournaments.

"I know I have to be playing consistently well on a very high level to win a best-of-five against Nadal here,'' Djokovic said. "It's the ultimate challenge. But I believe today was my best match of 2012 Roland Garros for me. I raised my game when I needed to. That's something that gives me confidence before the final.''

The key stat in Djokovic's win was Federer's 46 unforced errors to 17 for Djokovic. Federer, a 16-time major championship winner, struggled with the conditions on yet another windy day at Roland Garros, to say nothing of the pressure of having to go for big shots to get anything past his Serbian opponent.

"It was difficult to attack,'' Federer said. "And being defensive - I could have waited a little. But if I were to do this, I was playing for him. I was not here to play a good match but to win the match, so I had to hit the balls. It was a bit disappointing today.''

Nadal's six French Open titles aren't the only thing he's got in common with Borg. Through six matches in this tournament, Rafa has yet to lose a set and has dropped only 35 games. A number that low hasn't been seen since 1980, when Borg only lost 31. (Borg also holds the record - 27 in 1978).

Ferrer was pretty much helpless to add much to that tally and the story of this match was told early in the second set when Nadal, rushing to retrieve a short ball, lost his balance and fell to the clay. Nadal still managed to get the ball back to Ferrer, who played another short shot, only to see Rafa scramble back to his feet and push back an unreturnable lob.