Not so sweet and succulent 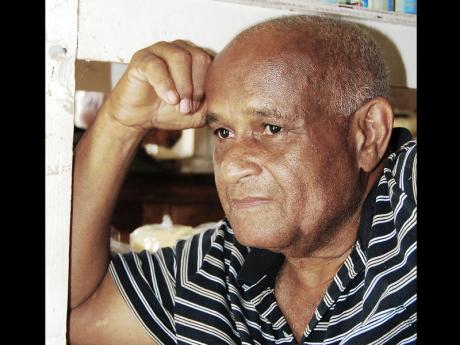 Former educator Lloyd Walker played an integral role in the start of the Delveland Mango Festival in 2000. -photos by Mark Titus

WESTERN BUREAU:Key stakeholders in the Delveland Mango Festival in Westmoreland have dismissed claims that infighting among the organisers has led to the event not being organised since 2009.

"That is definitely not true. There is no infighting. It has more to do with the financing of the event. We have no money," said Maizie Campbell, one of the festival's founding members.

Councillor for the Sheffield Division, Derrick McKenzie, told Western Focus that the absence of the mango festival has left a void in the community.

"I have made some enquiries to determine why the event is not taking place anymore because it has placed the community on the map. But they (the residents) are very closed about it, and from what I have heard, there seems to be some infighting among the organisers."

However, Campbell pointed to a change in the festival concept to include a stage show with popular entertainers, which backfired and resulted in the organising group struggling to pay its bills.

"We overspent, bringing in artistes in the last two years in situations where we would usually make enough profit to plan for the following year," explained the former principal of the Little London High School in Westmoreland.

"Plus, we were unable to attract the kind of sponsorship to support the changes, and sponsorship is key for the revival of the festival."

The Delveland Mango Festival was conceptualised in 2000 and grew to be a favourite of mango lovers. It showcased a variety of dishes made from the fruit including cakes, jams, sauces, and juices.

"We have everything in place to get going again. We simply need funding. This festival was a means of entertainment, a short-term source of employment for the people of the community, and allowed Delveland to be internationally known," added Lloyd Walker, a retired teacher and founding member of the festival.

"The young people in Delveland participated willingly and we readily identified with the community because only a few could boast an event of this magnitude."

Community member, Alton Reid, an auto engineer who enjoyed the festival, said signs of its decline were evident from the 2009 staging.

"The last time the festival was held, there were fewer patrons, and more sellers than buyers. There was a lack of variety of mangoes that is usually there," he said.

"That told me that all was not well, that the life of the festival was under threat."

But Campbell is hopeful that a cash injection will revive the event.