No water but bills run high 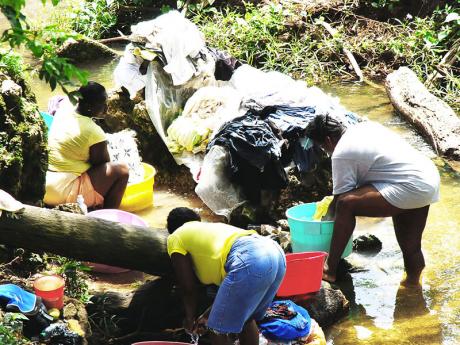 These Moreland Hill residents are forced to travel miles to King Bridge to do their laundry. The community has no piped water. 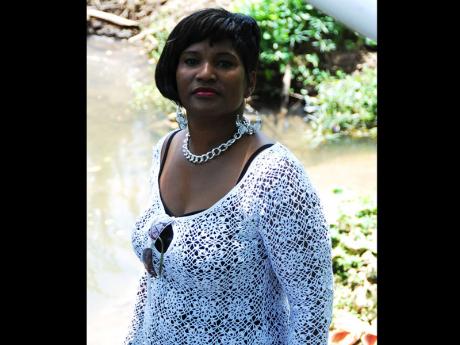 United States-based Delveland resident, Betty Davy, claims she has received a $100,000 bill from the National Water Commission despite getting no water in her pipes for years.
1
2

Delveland residents on edge as their patience runs thin

WESTERN BUREAU:Delveland residents are lamenting the lack of potable water in their community and are calling on the authorities to immediately address the state of affairs.

The situation is similar in the adjoining districts of Masemure, Bath House, Midgeham Hill, and Moreland, where there is no infrastructure to facilitate a steady supply.

"The water issue is very serious. We have been suffering and the NWC (National Water Commission) must now act to address the problem once and for all," said Lloyd Walker, retired teacher and community advocate.

"Water is a very big problem."

He said the majority of the community, which numbers nearly 700 residents, cannot afford to pay for trucked water. Walker also stated that those homes not equipped with tanks have to make use of available water sources, putting their health at risk.

American resident Beverly Davy, who hails from Delveland, claims that she has not had water in her pipes for as long as she can remember, but received a bill for over $100,000 for the month of May.

"The authorities must remedy this problem. How can they have people living without the basic commodities?" she asked angrily. "There is no water in our pipes, but we are getting these exorbitant bills. Yet they say they care for the poor!"

However, Councillor Derrick McKenzie said plans are in place for infrastructure work to be done in Delveland, but he could not state what would be done to address the situation in the neighbouring communities.

"We had a problem with the pumping apparatus that sends the water in the community, plus a number of the pipelines need to be replaced," he said. "We have had discussions with the authorities, and the NWC will begin refurbishing of the system soon, but I cannot provide a timeline."

According to McKenzie, the exorbitant water bills are as a result of an administrative glitch.

"It happened to my home in Orange Hill that amounted to $68,000, but on investigation, I learnt that it's the computer system that calculates fees, but not consumption," he said.

Despite the councillor's pronounce-ment, a subsequent check on the NWC's website indicated that the parish plan for Hanover does not include work in Delveland.