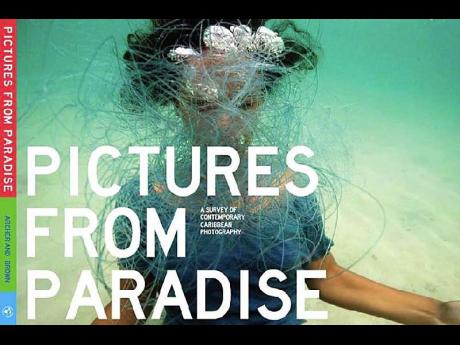 On Friday, June 8, Bookophilia hosted the launch of the newest Caribbean art book, Pictures from Paradise: A Survey of Contemporary Caribbean Photography.

Pictures from Paradise is the first book in The Contemporary Art Series by Trinidad and Tobago's Robert and Christopher Publishers. Co-editors for the publishers, Mariel Brown and Melanie Archer, have wonderfully captured the art of 18 photographers, representing different countries in the Caribbean, namely Jamaica, St Vincent and The Grenadines, Trinidad and Tobago, St Kitts and Nevis, Guyana, Bermuda and Barbados. Of the 18 photographers, Jamaica has the highest representation with six artists.

This remarkable publication features Jamaicans Renée Cox, O'Neil Lawrence, the publication's essayist, Ebony G. Patterson, Marvin Bartley, Marlon James and Radcliffe Roy. Contrary to the book's title, the artists were chosen because their body of work depicted just the opposite. The works of the Jamaican photographers have a zeitgeist approach that is visually interesting and provocative. The editors believe that the works of the photographers are an honest and clear depiction of themselves and the world they live in.

Other artists featured include Holly Bynoe and Nadia Huggins, the editors of ARC Magazine, a Caribbean art and culture magazine dedicated to highlighting emerging and established artists, also available for purchase at Bookophilia.

Photographers Bartley and Warner have notably expressed that the publication has unified the anglophone Caribbean and is the perfect tool to evenly showcase the works that photographers are producing across the region. Essayist for the publication and one of the featured photographers, O'Neil Lawrence, also said contemporary photographers "are responding in new ways to the representational history and realities of the Caribbean". So don't expect the less complex and picturesque depiction of landscapes, sandy beaches or jovial natives.