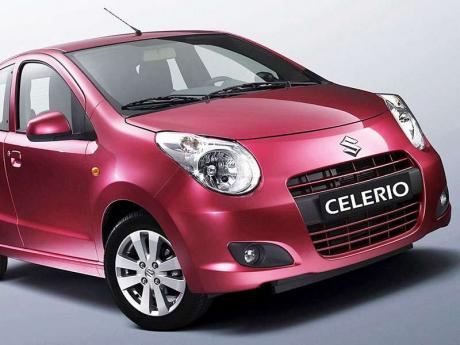 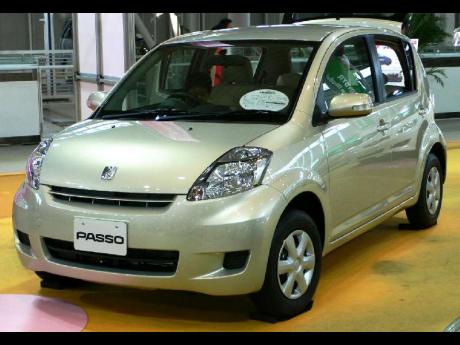 The automotives industry has been hard pressed under the Budget recently presented by Minister of Finance and Planning Dr Peter Phillips. In addition to increased duty on vehicles over 2,000 cc, licensing fees have been increased. The annual fees for private motor cars not exceeding 1199cc has moved from $5,125 to $7,700, while the fee for those exceeding 1199cc but not exceeding 2999cc has moved from $7,000 to $10,500.

Among the motor vehicles with engines which fall in the lowest, cheapest category are the Daihatsu Boon/Toyota Passo, Toyota Vitz, Suzuki Celerio, Alto and Wagon-R and Kia' Picanto and Rio.

However, these relatively inexpensive, fuel-efficient vehicles are not moving off the car lot as swiftly as dealers would like in these tough economic times.

According to the president of the Jamaica Used Car Dealers Association Lynvalle Hamilton, "Consumers tend to shy away from the vehicles because of the terrain in Jamaica. The vehicles are fuel efficient, but when it comes on to power, the demand for the cars is less as the vehicles are sluggish."

Interestingly, Hamilton noted that a vehicle with a larger engine size is likely to be preferred over the same make and model with a smaller engine.

"Cars in the 1199cc may stay on the lot and customers will pass them because of the wear and tear on that engine. Customers will prefer to purchase a car in the same model with a larger engine size," stated Hamilton.

President and chairman of Kia Motors Jamaica and Worldtron, Dwight Moore, seemed to echo the sentiments of Hamilton when he stated that "the vehicles are fuel efficient, which works out to roughly 40 miles to the gallon. However, there are not many dealers who bring them as the profits on these vehicles are not really enormous".

The Daihatsu Boon and Toyota Passo twin hatchbacks retail for between $1.2 and $1.3 million, by Automotives' checks. With the adaption of the Dual Dynamic Variable Valve Timing (Dual DVVT) as well as the addition of an exhaust gas recirculation system, the fuel efficiency has been improved. The DVVT also allows for heightened power performance.

The Suzuki Alto, which costs as low as $950,000, is equipped with a four-cylinder engine which provides excellent fuel economy along with reliable power. Its mileage is over 15 km per litre of petrol. The new 2012 Suzuki Celerio's body design promotes better fuel consumption as a result of less drag. The full duty price is $1.7 million.

The Celerio is taking a while to be accepted by the Jamaican market because of its 1000cc engine size. However, because of increases in fuel prices, this has started to change, with 25 vehicles being moved over recent months.

The Suzuki Wagon-R (Radical) will retail for $1.3 million and has a fuel economy of between 12 and 13 kilometres per litre.

One happy Boon owner told Automotives that the car suits her current needs, but as her life changes, she will be changing to a larger vehicle.

"I am single and I live in Portmore, working in Kingston. It is all flat for me, 'cause I hardly drive out of town. When I hear what other people are paying for gas, I have to smile. Is not that I laughing at them, but I am happy with what I have," she said.

"Of course, when I get a family of my own I can't drive this, because it is too small. But I will miss it."

But at least one young man with whom Automotives spoke refuses to even consider a car in the lowest licensing-fee category.

"No way! You no see the big car them people driving? Them have no respect for you; they will run you off the road. Me cannot feel safe in that," he said.