The other side of the increases 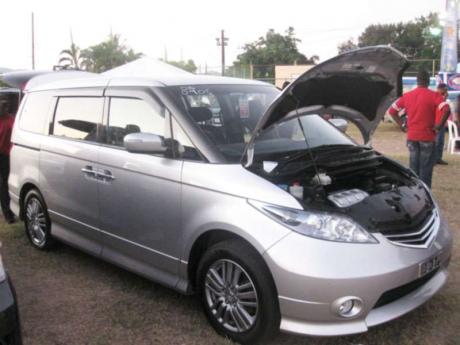 The Honda Elysion, a people hauler which falls under the higher duty regime.- File 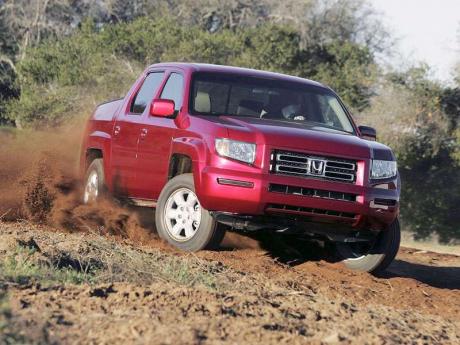 Today's main Automotives story points to the low demand for some of the most fuel-efficient and, in terms of licensing fees, cost-effective vehicles available in Jamaica. This is in a scenario where not only fees, including the requirement for a certificate of fitness, have been increased as of June 1, have been raised, but there has been a duty hike.

Under the duty increase, vehicles with engines over 2,000cc will now attract a Common External Tariff of 30 per cent, up from 20 per cent. There has been, of course, a lot of concern about this increase, with most pickups (and certainly four-wheel drive models) as well as mid-size and large SUVs falling into this category. Also in this bracket are the practical family-oriented people haulers, such as the Picnic/Ipsum from Toyota and the Nissan Presage. (Note the qualification 'practical', as there are those vehicles presented as seven and eight-seaters which cannot reasonably execute the required functions without a severe squeeze.)

While Automotives can understand the concerns, we must point out that the larger SUVs and pickups are often simply a waste of space which, in all fairness, should be paid for by those who feel the need to have unnecessary room. Based on casual observation, there are quite a few of these vehicles which do not serve any practical purpose, carrying a large number of persons or used in commercial applications.

Some of the prime full-sized pick-up culprits are the Ford F-150 and the Honda Ridgeline, especially the latter, used for cruising and partying rather than a productive purpose. This, of course, puts those who actually use them for business - and there are many - in a bind, as it creates the impression that these vehicles are generally used for having a blast.

This is because in no small part of the refinement of the pickup, moving from the lowly, barebones workhorse to a luxury vehicle with all the bells and whistles. With the ride height that appeals to the driver's sense of being powerful and in control, as well as the inherent brawn of the pickup, their appeal is undeniable.

But it is also patently obvious that a full-sized pickup idling in Kingston's peak traffic, its bed never used to carry anything that could not be toted in a sedan, is an extremely wasteful vehicle. If one can waste in that way, then one should be able to pay for it. Ditto for the humongous SUVs.

However, this still leaves the person buying a mid-sized private passenger vehicle and pickup in a lurch, which is very unfortunate. We strongly suspect that truly mid-size pickups such the Mazda BT-50 (one of the few in that size range left, as the Ranger has gone larger, in the footsteps of the Hilux and Tacoma) do not have the bling factor which makes it attractive to those looking for something in which to impress.

Maybe there could be a compromise, where those who intending to use a pickup for a commercial application and willing to license and use it as such could be granted a rebate on the increased duty. That does not, however, address the persons buying larger vehicles for private use because of the size of their family.

And that is very unfortunate.