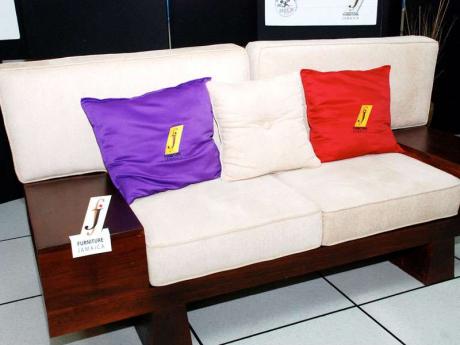 The Jamaica Business Development Corporation (JBDC) said Thursday that it has funds available to lend furniture manufacturers who can borrow up to J$5 million under a government-backed scheme.

The funds are available at 10 per cent to procure material and equipment. Repayment is in four years.

Financing is one plank of a push by the JBDC to improve productivity among local producers who are faced with competition from imported furniture worth J$15 billion.

The JBDC programme, called Furniture Jamaica, includes business-development training and the creation of a resource portal for information and marketing.

Paul Chin, credit manager, said the JBDC accepts equipment purchased as collateral and is also willing to use receivables from contracted jobs as security for the money borrowed.

Projects financed would be scrutinised for "viability and sustainability", Chin said at Thursday's furniture and wood products seminar staged by the JBDC in Kingston.

The sector - which has failed to deliver consistent quality and volume of products to the market thereby opening up room for imports - incorporates about 330 furniture producers who employ over 600 workers. Ninety-nine per cent of the manufacturers are male.

A supply-side survey covering manufacturers, sawmills, furniture and appliance traders, and other stakeholders, titled 'The Furniture and Wooden Products Study, 2011', indicates that productivity levels are markedly low in the industry.

The majority - 65.8 per cent, or 219 manufacturers - report low demand for their products, with another 5.9 per cent reporting no demand

Wooden furniture such as dressers, beds, bed heads, chairs, chests of drawers, cupboards, tables, dining tables, doors, kitchen cupboards, and wardrobes were said to be the items produced most regularly.

The majority, the summary of the survey indicates, report the average number of pieces manufactured per quarter as somewhere between zero and 10.

Approximately 40 per cent of those surveyed have vocational certification; however, about one-third of the manufacturers said that they were unable to design products and relied on others to do so.

Raw-materials sourcing was not identified as a problem by manufacturers, although some cited seasonal difficulties in sourcing some wood varieties.

The JBDC has targeted 100 producers for training and has also created an online resource portal — www.furniturejamaica.com — which features design trends, technical standards, production processes and equipment, and market opportunities. It also includes a database of manufacturers.

Consultant Marie Casserly said the resource centre website would soon offer webinars for producers who are unable to leave their place of work. The site is accessible at all JBDC offices nationwide for those furniture producers without a computer.

The supply-side study revealed that use of technology was low among producers, with 90.4 per cent using manual production methods. Only 4.6 per cent used computers. Additionally, the majority, 63.5 per cent, had no member of staff trained to assist with the manufacturing process.

In workshops since September 2011, eight persons have been trained by the JBDC in computer-aided design using Turbocad, as well as general furniture design.