Victimised by time and statute 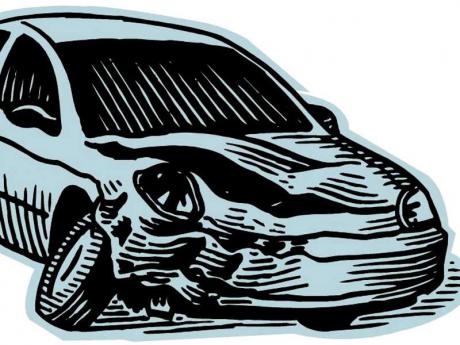 I was involved in an accident in October 2004. It occurred near to the corner of Jobs Lane on the Old Harbour Road. I was leaving Spanish Town on my way to Old Harbour when a Toyota Corolla travelling in the opposite direction swerved across the road to avoid hitting another vehicle. It slammed into the right side of my Mitsubishi pickup. The vehicle was written off. My insurer settled the claim less the excess, about J$40,000. They said that it would be reimbursed by the other vehicle's insurer. I am still waiting. I checked back many times with Toyota driver's insurers but was told that they were unable to find the driver who caused their client to swerve. Can you help me?

Eight years have passed since the accident took place. Because of this, your right to compensation from the driver of the vehicle that hit yours, and his insurers, has expired. Persons in the legal field would say your claim is statute-barred.

You will, therefore, not recover the excess, any claim for medical expenses and or pain and suffering arising from any injuries that you may have suffered as a result of the collision, plus any loss-of-use expenses resulting from the damage to your vehicle.

Many persons know very little about the laws that govern our society. One such law is the Limitations of Actions Act. This law has been around for over 130 years. It limits the amount of time that a former claimant like you has in which to file a claim for damages or compensation.

The period of time varies according to the type of claim. The law, as I wrote one month ago in "Can I blame my lawyer for a statute-barred claim?", allows the claimant "six years to bring all actions, other than actions involving land, for which the period is 12 years."

The limitation period is calculated from the date of the wrongful act. In your case, the period would, therefore, have ended in October 2010.

Did the third-party insurer exploit your ignorance of the law to avoid reimbursing the costs and expenses that you incurred as a direct result of the accident? Did they owe you a moral or legal duty to tell you that your right to seek compensation was about to expire before it actually did? Was that company's argument that it was trying to make contact with the driver of the vehicle that caused their insured to swerve legitimate, or was it simply a device to muddy the waters?

Frankly, I do not have any answers to these three questions.

A very lively debate has been taking place in the pages of this newspaper on what Dr Garth Rattray, a medical doctor and columnist, has called "compensation-itis". He defined the term as feigning or embellishing symptoms for financial reward from motor insurers. A medico-legal network of "law enforcement officers, emergency workers ... medical and legal personnel ... shunt crash victims to be examined, investigated and treated ... with a view to making claims on insurance companies."

Former Insurance Association of Jamaica's Paul Lalor was more blunt. He said insurance fraud was one of the reasons behind "the steady increase in the amount of money being paid out" annually; that there is a fraud web "concocted by the legal and medical professionals, police personnel, and insurance claimants".

Both sets of statements are, in all probability, true. On the other hand, whose job is it to prevent outcomes like yours from happening to the many honest persons who are not part of the network or web?

Cases like yours give insurance companies bad names. Had our regulator, The Financial Services Commission (FSC), followed the example of The California Department of Insurance in drafting its 'Market Conduct Guidelines on Best Practice for Motor Insurance Claims', the result would have been entirely different.

California's insurance code imposes a specific duty on insurers in relation to claims that may become statute-barred. One section says: "Except where a claim has been settled by payment, every insurer shall provide written notice of any statute of limitations or other time- period requirement upon which the insurer may rely to deny a claim. Such notice shall be given to the claimant no less than sixty (60) days prior to the expiration date. If notice of claim is first received by the insurer within sixty (60) days of the expiration date and such date is known to the insurer, then notice of the expiration date must be given to the claimant immediately. This subsection shall not apply to a claimant represented by counsel on the claim matter or to a claim already time barred when first received by the insurer."

The loss of J$40,000 over an eight-year period is a big blow. It is especially hard in a soft economy where the person whose car hit yours was insured according to law, and where - by accident, design, or ignorance, or some combination - the other insurer dragged a big red herring across the trail for so long about trying to find the driver of the car that caused the Toyota to swerve and hit your pickup.

Cedric E. Stephens provides independent information and free advice about the management of risks and insurance. Send feedback to aegis@cwjamaica.com or SMS/text message to 812-7233.