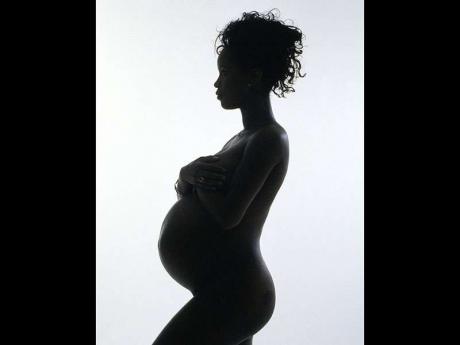 There is an important lesson to be learned amid the criticism and banter in, shops, buses, and offices, and on social media over the recent Budget presentations. It is clear some parliamentarians are seemingly still campaigning, and we can no longer rely on our waning faith that maybe this time they will do it right. It is evident that we must critically assess and budget our habits.

Like most people, I am appalled. The last thing I would have expected is a statesmanlike Budget presentation from Audley Shaw without his usual theatrics. Who would have thought Andrew Holness could woo some favour and that the prime minister and finance minister would have provided such unnecessary financial history! We all know the pickle we are in; there is absolutely no need for lengthy reminders.

Furthermore, unlike the PNP, we do remember that despite cheaper borrowing in the last four years, our indebtedness started long before Bruce Golding told us we were too rich to be so poor. Quite frankly, the Parliament still hasn't figured out the growth and development 'thing' just yet. Who knows, it may be that finger-pointing and heckling are growth strategies.

Many of the recommendations, including tax reform, to fix the economy are not new agenda items. The same organisations and people have been proffering the same arguments and recommendations, which have been ignored and cherry-picked in some instances. What's the result? A whopping $1.7 trillion in debt and absolutely no bargaining power to negotiate a new IMF agreement. Even critical bilateral assistance is now at risk.

Most Jamaicans were bracing for the bitter medicine, but we had no idea it would be so lethal and unequally distributed. We all knew some tough decisions would have to be made but were hoping for a clear growth strategy and mechanisms to cut expenses. It is quite telling that social ills that have been so detrimental to our growth and development found no relevance among any of the presenters.

Crime costs Jamaica 3.7 per cent of GDP annually. In 2007, 40 per cent of the recurrent hospital budget of the Ministry of Health was used for violence-related injuries. Crime also affects our tourism revenue. Additionally, it costs the Government about $215 million just to purchase antiretrovirals for about 8,000 Jamaicans who are HIV-infected.

In fact, despite the prime minister's family planning and responsibility plea, she forgot to say that teen pregnancy costs us about US$12.5 million (or 1.3 per cent of GDP). The cost of dropping out of primary school is about 0.78 per cent of GDP. Full primary education to everyone would increase GDP by less than one per cent. With full secondary enrolment, the Jamaican economy would grow by 1.37 per cent, and by 5.47 per cent with a 30 per cent enrolment at the tertiary level.

No mention was made of these things. Finger-pointing at who borrowed and found a cheaper way to increase our indebtedness was far more relevant. Perhaps, the ministers of health and security will articulate these considerations later.

We have brought this harsh situation on ourselves. It's not about switching from one party to the next after 18 years and then returning to it. There is no plausible reason why the same people whose policies and practices are unhelpful to growth and development of people and country have been allowed to sit in Gordon House for so long. We have to rethink our habits. It is incumbent on us. We have to start rejecting the crass campaign advertisements and demand better of those who wish to represent us.

For a long time, too many of us with a tertiary education have neglected our voting res-ponsibilities.

Understandably, not voting is a right, but until we cast our votes, our desperate need for employment is worth very little. Many of us do not vote because we think neither party will make the situation better, but what can we do when those we must vote for are selected by party elites?

Keep electorate in the know

I suggest that the Electoral Commission of Jamaica assess the process and timelines for candidate nominations in advance of the local government election in 2015. We need some amount of power as the electorate. We can barely do anything if we are only privileged to know our representatives towards the very last minute. We can't influence who the parties decide on, but we can scrutinise and voice our concerns if we are given ample time. The names of all candidates should be published in advance.

The media have an important role in all of this. For far too long, we have trusted the insulting ads on TV and flowery election promises without knowing about the candidates. I know more about the US president than my own prime minister. The media must investigate candidates. We need to know their résumés. We must be able to tell what they have done in their tenure as a member of parliament, and if they are new, what experiences they have.

It is all about rethinking our habits so we become the place of choice to live, work, raise families, and do business.

Jaevion Nelson is the executive director of the Jamaica Youth Advocacy Network. Email feedback to columns@gleanerjm.com and jaevion@gmail.com.