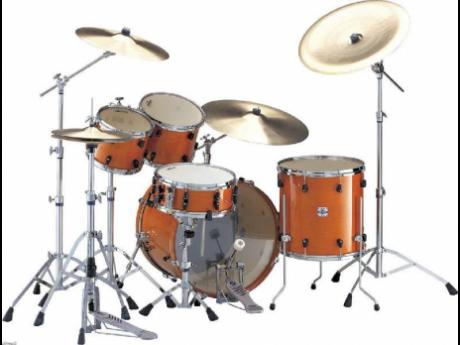 Karl McLeod was Jamaica's consummate modern jazz drummer, part of the post-swing era, and was abreast of the elements of technique and intonation that indicated bebop vernacular. He passed on October 17, 2011.

An alumnus of Jamaica College (JC), McLeod returned as a teacher during the 1960s after graduating from Mico Teachers' College. At JC, in addition to being a popular but disciplined educator, he also encouraged students to attend to the varied expressions and extensions of jazz. Instead of becoming a ubiquitous studio drummer, or popular music exponent, McLeod specialised in jazz and was the first call for local and visiting musicians during his active years.

He recorded and performed with Don Drummond, Tommy McCook, Roland Alphonso, and Ernest Ranglin, and was also the drummer on the seminal Jazz from the Workshop recording produced by Clement Dodd. It is his Latin-tinged drumming that we hear on Drummond's Green Island. Expatriate musicians, Monty Alexander, Roy 'Bubbles' Borrows, and Wilton 'Bra' Gaynair called on him whenever they visited. He backed Zoot Sims, Stan Getz, and Nancy Wilson, and in New York, sat in with Sonny Rollins at the Village Vanguard.

McLeod even turned down offers to join the bands of noted jazz musicians because he would have to live abroad.

The first time I heard McLeod I was about 16 years old and had already been listening to jazz, but had never experienced a live jazz set before. I had that experience at the Bournemouth Club after I came across a show billed as 'Ska vs Jazz'. That Sunday, I heard the drums played as I never did before. At that moment it sounded like a heavy downpour of rain on a zinc roof. It was audibly even, rapid, and consistently steady. I later learned it was a press roll, one of the innovative techniques that bore the signature of drum master Art Blakey and also signified modernity. McLeod was the drummer, the exemplar of bebop and hard bop drumming in Jamaica.

McLeod was a flexible drummer whose sensitive touch was contrasted with an energetic flair suitable to the demands of the moment. His playing was protean and compelling, with an extraordinarily accurate pulse and sense of spontaneity, making each performance fresh and versatile. He had a professorial look, wore a full beard, smoked a pipe, and displayed a proper attitude - but not without a funny side.

In spite of jazz's profile as serious music, McLeod always demonstrated a sense of humour and musical wit. He would punctuate a line or colour with what seemed a conflicting phrase that for a moment might shock some players and the listener not hip enough to figure such inside play. His sense of swing, beat, and application of appropriate textures was a marvel of imagination. He never asserted himself at the expense of the overall form of the music and so delicate triplets, sweeps across the rib of the cymbals, a dampened roll on the toms, or applying just enough pressure to the bass drum, accentuated the performance.

The manner with which he applied the numerous swinging ways to play time, and the variety of grooves and tempos the drummer can bring off were highly sophisticated. His rapid speed but solid time on uptempo tunes or his nuanced colours, timbre, and textures on ballads, the way he seemed to caress the skins and coax the sound were the hallmark of the exquisite taste and technique.

He was an architect in the use of aesthetics - melody, harmony and counterpoint, and attention to meter - however syncopated, to create rhythmic pulsation whether in 4/4 time or otherwise.

The essence of his drumming was the infusion of different jazz and indigenous forms. This sense of the drummer's role informed his taste and made him the fine drummer he was.

He was a musical drummer whose graceful approach captured the spirit of everyone in his orbit and warmed our hearts with awe-inspiring impact, the mark of a disciple who displayed the delicate touch and perpetual swing of Jonathan 'Papa Joe' Jones, the melodic articulation of Max Roach, and when necessary, the ferocious rhythmic drive of Art Blakey.

"He taught us to be musicians," Calvin McKenzie recently told me about McLeod. "I remember taking the bus to the Ruins in Ocho Rios to spend time with Karl. Once he showed me how to hold the sticks, how to play independent rhythms simultaneously and how difficult it seemed, but Karl was able to instill the kind of confidence that made it easier for me."

Even in his later years, Karl continued to be mentally crisp, humorous, thoughtful of others, and willing to make a gig if only he could be picked up and returned home. He was interested in meeting reggae drummer Sly Dunbar because, as he said, "I am always hearing of Sly and Robbie, but I never met them."

Three occasions that I instigated offered McLeod a chance to, once again, play his drums after being a recluse for almost two years. In February 2008, I was fortunate to have heard from three musicians independently visiting Jamaica, pianist Orville Hammond, 80 year-old bassist Taddy Mowatt, and Bammy Rose, a fine tenor saxophonist. When McLeod agreed to play, I hurriedly located the owner of a Chinese restaurant in Liguanea that had a piano, emailed and phoned everyone I could, and all 60-plus of us had a jazz experience as spontaneous as any I have had.

Later that year when Larry McDonald asked me to coordinate his all-percussion Drumkestra recording, I called McLeod, not only to reunite him with McDonald, but also to have him meet Sly, who would simultaneously play traps on the date along with six hand drummers that included Marjorie Whylie and McDonald, among others.

The final date I offered him was with an ad hoc group organised by Sonny Bradshaw. Variations of this group played every second Sunday at the late Verandah, now Studio 38, on Trafalgar Road. Backing mostly young musicians, McLeod played with his heart and soul before finally collapsing face up. There was no doctor there, but a nurse was present. As a car pulled up to rush McLeod to the hospital, she attempted to revive him. Soon, McLeod's eyes opened and then closed. McLeod finally sprang up and with a twinkle in his eyes surveyed the concerned onlookers, and in particular the nurse, then said: "I am enjoying every moment of all this attention. Can I pass out again?"

Karl McLeod's passing some two years after that incident leaves a void, a missing link to past masters, a connection between tradition and modernity, a mentor to future players and a teacher to others like me who can't play a blinking thing but recordings.

Above all, Karl McLeod's friendship was genuine and his achievements as a drummer were a triumph for Jamaicans and their diversely creative achievements.

Herbie Miller is the director/curator of the Jamaica Music Museum at The Institute of Jamaica.