This must be a good Budget! 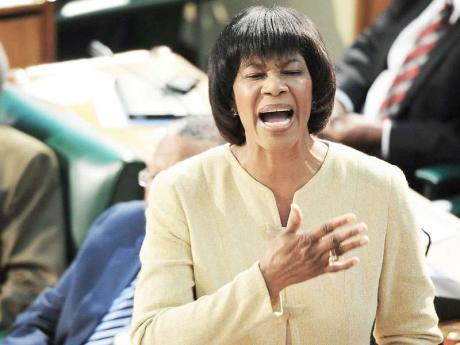 I am harbouring a deep suspicion that this must be a good Budget - all things considered. My suspicion is not based on any particular technical competence for number crunching, never mind that the full text of the Estimates of Expenditure is online, for the first time, at last.

In fact, I was telling some University of Technology (UTech) statisticians at a public lecture by the university on 'Science, Technology, Development and the Caribbean' last Monday evening, that skills like theirs should be applied to performing actuarial analyses and projections on the Budget numbers so we can have some real evidence-based discussions.

Politics and emotions aside, really how, for example, will an extension of GCT to previously untaxed food items linked to a lowering of the rate by one percentage point and by a near 15 per cent upping of the income tax threshold likely affect the nutritional status of the poor without any adjustment to currently available welfare support? Or how will the increased taxes on the sacred cow (no, the golden goose) tourism sector, which will be passed on to the visitors anyway, likely affect visitor arrival and visitor spending?

Can I recommend to Dr Peter Phillips for the future to engage the requisite technical skills to perform these kinds of analyses and projections for future Budgets? And can I inveigle independent analysts and organisations with the technical capacity to do the work and tell the people?

My view on tax reform is simple - and probably regarded as simplistic - but is backed by the best scholarship on taxation from Adam Smith forward: Tax everything. Keep the rates low. Close all loopholes and special arrangements, like waivers. Collect everything due when it is due. Separate taxation from social welfare, and devise an independent social welfare system for society's vulnerable, paid for by tax dollars collected.

And, one more, spend only what is collected. Had we half-heeded this last principle, we would not be in the debt hole we are in now, where 54 per cent of revenue is going out to pay down a debt which is 130 per cent of GDP.

The acrobatic contortions of the bulky minister of finance over the GCT on food items is a clear demonstration that governments of Jamaica are not yet ready for serious tax reform. Fish is taxed, but not chicken, unless the chicken appears in patties. Ground provision is taxed in shops, but not in the markets.

Beef patties were previously exempt, while other patties were taxed. That's a great way for the makers of the poor man's lunch, who love the poor as much as Portia does, but for their considerable spending power, not their dependence on Government, to declare to the tax man on the table that "all our patties are beef patties", but tell the purchaser under the table, "you can get anything you want in your 'beef' patty and avoid paying the GCT so you can buy more patties". And so we would need, at great cost, a patty inspectorate, which itself would be subject to bribery. That's what exemptions do to a tax system, and Phillips knows that, but he is a politician first and an economist second.

Never mind the failure of tax reform to appear in the Budget in serious fashion, I harbour my suspicion that this Budget is a pretty decent Budget, under the circumstances, because no one, not even the prime minister, likes it, certainly not the revenue side of it.

It is a poison Budget, Opposition Leader Andrew Holness wails in Parliament. But the doctors will tell you that the only difference between healing medicine and killing poison is dosage.

And the opposition spokesman on finance, Audley Shaw - to whom Jamaica owes a debt of gratitude for the Jamaica Debt Exchange, for pushing down interest rates, and for offloading suckers on the public revenue like Air Jamaica and the sugar companies with multiple waivers and all - very well knows that the Budget voice may have been Phillips' but, give or take a little tweaking here and there, the substance is Shaw's or any other serious minister of finance.

The tourism goose is cooked, that special-favours sector bawls, including firing off a reserved-for-crisis page one editorial in the country's leading tourism newspaper. We should run the hard metrics on the gold content of the eggs the tourism goose lays as King Hiero of Syracuse asked Archimedes to do on his new crown for which the king suspected the maker had mixed the gold supplied with inferior metal.

And, tell me, which sector does not deserve the subsidies that tourism has long enjoyed as some sort of divine right? When economics is separated from politics, we all know that industries that can't survive without subsidies are not viable at all. We may yet discover that the fabulous beachfront properties of this country may be put to more profitable use than what is now made of them. But we will never find out while subsidies hide and protect. We once had the world's richest vacationers swarming Portland.

And while we are at it, which other private-enterprise product is Government advertising at massive state expense? It must be small farmers' turn to get some decent subsidies from their Government now! I have a plot of lemon grass, which the Scientific Research Council told me to plant as good business, but for which I have no market.

The tax on books is going to return Jamaica to a literacy dark age, the book merchants, assisted by the loud-mouthed teachers' union, are warning. And a frightened Government, not wanting a political fallout from dissing the education sacred cow, was about to turn the Ministry of Education (MOE) into a book merchant too. Phillips eventually saved the book ship from sinking by sparing school texts.

It is time for far cheaper books to come to market, even with GCT attached. Using modern technology, what the MOE should do is create learning manuals in electronic and hard-copy forms (as e-Learning Jamaica is already doing for 11 CSEC subjects) at a fraction of the price that publishers and booksellers are placing texts on the market. This would do for learning material in education what generic drugs can do for treatment in health care, as well as create work for content creators.

'Tax package will stifle business and result in job losses, say entrepreneurs' paraded on the front page of one of our morning dailies. Well, just as a gentle little reminder, the debt is suffocating the life out of the national economy. Spending, in real terms, on general infrastructure and services - which benefit all citizens and not just sector this or sector that - is declining. The biggest call on the national Budget is debt servicing.

Peter Phillips has challenged both the grasping, expenditure-intoxicated Parliament and the snapping and snarling sector interests defending their turf against increased taxation to show where cuts of expenditure should take place and where increased taxes should be directed.

The prime minister, in her contribution on the political side of the Budget Debate (the minister of finance has to wrestle with the economic numbers), for sheer expediency with the Government under intense public pressure, removed all GCT from residential consumers of electricity after discussions with her minister of finance, she said. But she didn't get around to telling the country from where the projected revenue from that source will now be collected. That's Phillips' headache.

It is
hard not to recall here the legend of Michael Manley's snap announcement
of free education, leaving then Finance Minister David Coore to
scramble to find feed for the rabbit so dramatically plucked without
warning out of the magician's hat. In any case, it is lowering the cost
of fuel for electricity that will really bring down the cost of
electricity for both business and residential consumers in any
significant fashion. The rest is largely political posturing and
gerrymandering.

The minister for energy, Phillip
Paulwell, again repeated his stubborn intent to drive down the cost of
electricity, speaking at the second international scientific conference
of the Faculty of Science and Sport of the UTech last
Tuesday.

The minister of finance, speaking at a
Gleaner Editors' Forum on May 29, told us that while the perimeter of
the Budget was cast, he was open to discussions about moving things
around inside. And several discussions and some movements have taken
place.

Under the gaze of the IMF as grand certifier of
fiscal fitness to world financial markets, Phillips has delivered a
fiscally responsible Budget of continuity, but politics and sector
interests just would not allow admission. Pandering to either or both is
downright dangerous.

Martin Henry is a communication
specialist. Email feedback to columns@gleanerjm.com and
medhen@gmail.com.