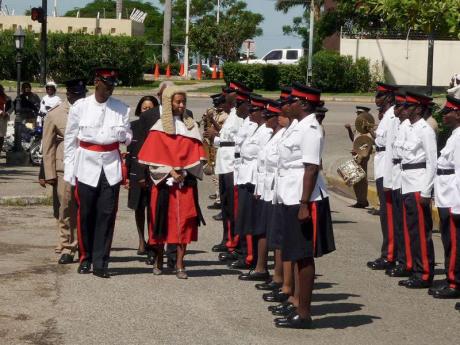 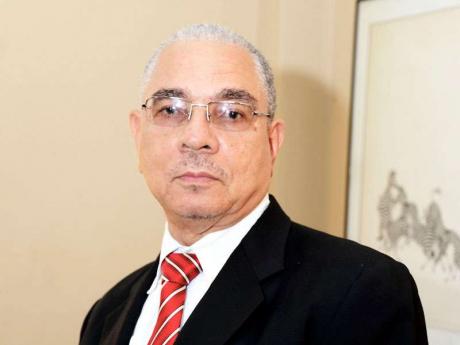 In recent discussions about the backlog of cases in the Circuit Courts, some persons are blaming the preliminary enquiry for the problem and advocating its abolition. The backlog is caused by delay in disposing of cases, and it has taken many years to get to what is now a veritable crisis.

There cannot be a total abolition of the preliminary enquiry without creating a procedure between a charge being laid and the file going to the Circuit Court. To do otherwise will result in transferring the problem to another court.

The justice system has many component parts that must all come together, one being the preliminary enquiry, which is a process that precedes a trial in the Circuit Court. If it is hoped to solve the existing problem, the causes have to identified, accepted and solutions pursued in the context of correcting the justice system as a whole, not just abolishing the preliminary enquiry.

Dispensing with the preliminary enquiry will immediately place an insurmountable burden on the Office of the Director of Public Prosecutions (DPP) far greater than it experiences now, while transferring the problems to the Circuit Court. Although there is delay in Resident Magistrate's Courts, the impact is not as great as in the Circuit Courts. The problem lies not in the preliminary-enquiry procedure but in the Circuit Court, which cannot manage the present output of cases that it gets each term, resulting in case backlog.

In recent years, four courts are engaged in hearing cases in the Home Circuit Court. In January 2012, this court had 577 cases coming over from December 2011 and added 48 coming from the Resident Magistrate's Court, making a total of 625 cases to be heard. It disposed of 65 of these, so in effect it reduced the backlog by 17. This modest reduction has not always been the case, which is why the backlog is now where it is. But this disposal rate will never address the problem.

A look at what the Office of the DPP and the court system will face if preliminary enquiries are discontinued now is frightening. A random sampling of cases on the lists for three consecutive weeks in the three courts handling preliminary enquiries at the Resident Magistrate's Court for the Corporate Area disclose the following:

The total for three courts for these three weeks 375. It is to be noted that some of these cases, especially those in the Gun Court Division, have more than one accused.

These are the type of numbers that would suddenly enter the Circuit Court system. The prosecution service and the court system are totally unprepared for anything like this. When you examine the output of the courts now, even if you doubled the number of courts dedicated to hearing criminal cases, the backlog would continue for many years.

There is no denying there is a problem in the timely disposition of cases, but in finding a solution we must be careful not transfer the problem from one court to another. Worthy of consideration is that the existing safeguards for persons who are charged to ensure that justice is served should not be jettisoned. The preliminary enquiry acts as a sifting process in a number of ways:

1. Cases where the evidence falls short of the legal requirement to establish the charge ought to be terminated by the magistrate. This process prevents cases that have no merit from clogging up the High Court's time and the resources of the DPP.

2. The reality of Jamaican life is that allegations are made by persons claiming to be witnesses or victims, which are false, and which they do not intend to pursue.

3. The preliminary enquiry offers a level of protection for those accused of serious crimes, as it provides for evidence to be taken so that if the witness is not available in the future, the jury will at least have the benefit of sworn testimony.

To abolish the preliminary enquiry, some mechanism has to be introduced to ensure that only cases which are ready, and have a sound legal basis, find their way into the Circuit Court system. To do less will transfer the workload to the High Court, which costs the taxpayer more to administer and will do nothing to reduce the delay in the disposal of cases.

Some of the factors which contribute generally to the slow disposal of cases are:

1. The existing system of housing prisoners in custody with a view to moving them to the various courts for a starting time of 10 a.m. is a factor in courts starting late. Too much time is lost because some prisoners are taken to court late.

2. The photocopying facilities in the Resident Magistrate's Courts are inadequate, for the system requires all accused persons to be served with statements and is a source of delay.

3. The taking of depositions by the magistrate in long hand is time-consuming, especially as this process lends itself to disputes between witness, counsel and the magistrate as to what is said and what is recorded.

4. Statements written by the police are often difficult to read, and getting a typed copy prepared sometimes take a long time.

5. Obtaining forensic, ballistic and post-mortem reports represents an area in the preparation of cases that contributes to delay.

6. Some courts go for long periods without the full complement of magistrates, causing cases to be postponed.

7. Receiving depositions in a timely manner.

8. Getting a sufficient number of jurors to serve.

These are but a sampling of what contributes to the length of time it takes for cases to be brought to a conclusion.

Reaching a state of equilibrium

The call for the abolition of preliminary enquiries without correcting the systemic issues will not solve the problem. Clearing the existing backlog should be the immediate target, as well as bringing the number of cases in the Circuit Court to a manageable figure.

The administration of justice needs to reach a position where the number of cases coming to the Circuit Court is around the same number as that disposed of in the previous term. Unless this disposal rate is achieved, there will forever be a backlog in the system.

I suggest the immediate need is for some additional number of judges, prosecutors, court facilities and supporting staff to devote two years to hear the oldest cases that are waiting to be tried. The judges could be appointed temporarily on contract and may be drawn from retired judges, magistrates and the private Bar.

Improve the facilities that are provided for jurors while they are serving, as this will encourage people to give service rather than try to avoid doing so.

The law should be amended to allow for the admission into evidence of certificates and reports without calling the witness, where there is agreement between prosecution and defence counsel.

The Jamaica Constabulary Force will have to put in place a section which will have the responsibility to locate witnesses or have reports about their availability before the cases are listed for hearing to allow the DPP time in which to decide what should be done with the case.

Even with the present output of the Circuit Courts, these emergency measures, if applied to four additional courts, can make a difference. It will also require correcting those areas of the system that slow up the process. These, together with the current thrust of the Office of the DPP to weed out cases that are old and not going anywhere, should in two years make a significant net reduction on the over 600 pending cases.

It is only after there is a significant reduction in the pending cases that measures to modify the process by which cases reach the Circuit Court should be introduced.

The total abolition of the preliminary enquiry, at this time or in the future, will be counterproductive. There must be a process between the preparation of a case file, the charging of a citizen by the police and the case being placed before the Circuit Court, which will ensure the case satisfies the requirements of the law on a prima facie basis, and that the accuser is a real person and not a fiction.

The Committal Proceedings Act 2011 Bill, even if it becomes law in its present form, will not eliminate problems of delay and the backlog of cases without a total overhaul of the components that make up the justice system.

The minister of justice, at a recent gathering of attorneys, did say that in making some of the changes necessary to improve the delivery of justice, those things that can be done at no cost should be tackled. I totally agree.

However, much of what is required to make a difference involves funding as an inescapable ingredient.

George G. Soutar is president of the Advocates Association of Jamaica.