It's not just UWI! Students vent fury in Auckland, Montreal 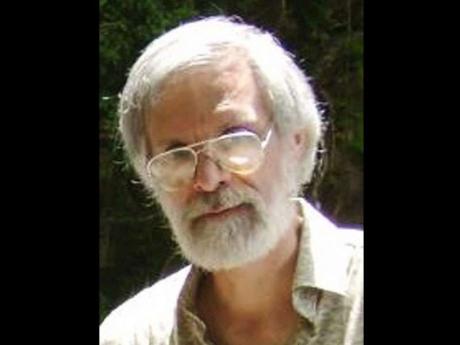 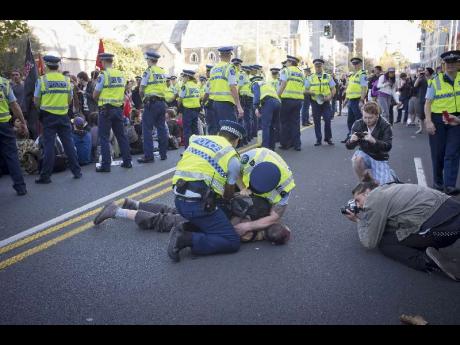 The protests that erupted this spring at the University of the West Indies (UWI), Mona - in which angry students, excluded for their inability to pay fees, forcefully disrupted final examinations - were not unique to Jamaica. They are part of a wider international pattern of student angst about how to manage their immediate finances in the midst of education cutbacks, while also facing bleak long-term employment and loan-repayment prospects.

All of this is unfolding against the backdrop of a weakened global economy that, since the 2008 meltdown, has offered fewer opportunities to young adults for building meaningful careers and family lives. To a 'lost generation' who already feel unfairly neglected by society, any further announcements of cuts to the education sector are, therefore, perceived as the last straw.

In New Zealand two weeks ago, about 400 frustrated University of Auckland students came together to block Symonds Street, one of the busiest in the city, in a mass protest against the government's planned changes to student loans and allowances, announced earlier that day. Protesters worried that these changes would discourage students from low-income families from doing degrees, and particularly postgraduate study, thereby restricting access to occupations such as medicine, engineering or law to a financially privileged few.

Chanting slogans and carrying banners and signs, the protesters clogged a main intersection with their bodies, and overturned university rubbish bins which were then used to block traffic, closing off the busy road to buses and motorists who were forced to perform U-turns to escape the crowd.

The student demonstrators, who described themselves as "in solidarity with international student movements in Montreal and Greece", marched en masse down Symonds Street carrying colourful banners festooned with slogans like 'Blockade the Budget', 'Education Should Not Be A Debt Sentence', 'Our Austerity is Their Prosperity', 'Bull... Trickles Down', 'Another Brick in the Wall' and 'Tax the Rich, Fund Education'.

The response to all of this from political authorities was arrogantly dismissive. Finance Minister Bill English told a business audience at the ANZ post-Budget breakfast in Wellington: "Yes, there's a protest movement out there, but who's really listening to them?"

He added: "They get on TV and they can make a bit of a racket ... dragging a few rubbish bins around, they need some Greeks to show them how to do it ... . It gets reported, mainly because it blocked the traffic, who's listening? Most people actually think the students got a pretty fair go, and they should count themselves lucky ... and get on with it because, you know, get your training finished and get a job and start contributing."

The finance minister's brusque rebuke, in turn, sparked another protest the following week at the same university site, appropriately titled 'Blockade the Budget II: Protest Like the Greeks'. This time, the encounter was more intense. Both the protesters and the authorities came prepared to do battle over education cuts in the budget. The students, this time matched by more than 100 monitoring police officers, staged a sit-in on Symonds Street.

Several hundred protesters made their way through central Auckland, blocking Queen Street as they walked towards the Auckland Police Station. Though their protest was again peaceful, this time, many of the students were subjected to violence and arrest. Police used a controversial tactic known as 'kettling' on the demonstrators. Forcibly enclosed so that none could leave, around 200 students were caught in this kettle. Police then proceeded to arrest 43 of the students.

From the students' perspective, there are powerful issues at stake here, both practical and philosophical. A strongly worded press release issued by the activist group We are the University and endorsed by the Auckland University Students' Association, intones that:

"We, students, teachers, researchers, workers, politicians, parents call for a transformation of the current fees, loans and repayment system in tertiary education. We do not need small reforms, we need structural change. When the government and the elite insist that the only way to fund education is indebtedness, we say that education is a human right and a social necessity. We say that targeting citizen students who cannot pay and landing them with crippling debt is a violation of the principles of equality and freedom that our country is supposedly built on."

In Montreal, Canada, the protests have been larger, and lasted longer. On the same day the first Auckland rally was taking place, nearly 700 were being arrested in Quebec in massive demonstrations against a planned 82 per cent tuition increase.

In a scenario similar to that in Auckland, the Montreal march began peacefully, with several thousand demonstrators flooding the central square. Then police used pepper spray and kettled the protesters after some of the students began throwing rocks and bottles and lighting fireworks. Hundreds of demonstrators were arrested and issued fines of CDN$600 per person, as dictated by a controversial new law recently passed by the Quebec government to quell the 100+ days of continuous student protest in the province.

In total, about 2,500 have been arrested in Montreal and Quebec City since the "indefinite general strike" began in February, with hundreds of thousands of students and sympathisers taking to the streets on major days of action. The University of Montreal has been forced to cancel classes and end the semester early, owing to the extended strike.

BBC quoted protest spokesman Gabriel Nadeau-Dubois as saying, "Thousands of people have come to demonstrate with us, not only against the rise in tuition rates, but with the intention to signal their disapproval of the special law. The gesture made by tens of thousands is one of massive and collective civil disobedience."

Quebec's vaguely worded 'special law', Bill 78, imposes draconian restrictions on citizens' rights of peaceful assembly and free speech, and is possibly unconstitutional. Offering encouragement, tacitly supporting, or promoting protest at an educational institution, is subject to punishment. The new law forbids picket lines at universities and colleges, and any student who prevents someone from entering an educational institution can be fined between CDN$1,000 and CDN$5,000. There are harsh fines of between CDN$7,000 and CDN$35,000 for anyone deemed a 'student leader', and between CDN$25,000 and CDN$125,000 for unions or student associations, with fines doubling after the first offence.

Any proposed group of 50 or more protesters must submit plans to the police eight hours in advance, and can be denied the right to proceed. The submitted plans must detail itinerary, duration, and time. Illegal protests are punishable by fines from CDN$5,000 to CDN$125,000 for individuals and unions - as well as by the seizure of union dues and the dissolution of their associations. Wearing masks is also forbidden.

Montreal students have imaginatively adopted the symbol of the 'red square' (derived from 'carrément dans la rouge') to signify being involuntarily placed 'squarely in the red' by tuition increases, student-loan and consumer-debt schemes, and budget cuts to social programmes affecting youth. More generally, the red square has become a symbol of citizen debt repression by 'the one per cent'.

Red squares are in evidence everywhere - attached to shirts, jackets, backpacks, shoes, cellphones, and worn as earrings, bracelets and face paintings. Loudly banging old worn pots and pans with spoons in the streets during mass marches has also become an important symbolic statement of popular resistance to debt impoverishment, as has wearing the ubiquitous Guy Fawkes masks (in defiance of the anti-mask ordinance).

One of the banners in a large Montreal protest last week read: 'This isn't a student strike, it's a society waking up.' There is a growing consensus in Quebec that the issues are expanding beyond the original concern with student-tuition hikes. As Corey Pool, editor of the Montreal newspaper The Link, explained in a recent RT interview, "It's a movement that's grown beyond the simple fact of tuition increases, and now encompasses many problems that are being brought up in the Quebec government - mismanagement of funds, corruption within the government itself, mismanagement of the university system and, generally, people are extremely upset. And I don't think that this issue will simply go away. We are now 103 days into the movement."

Similarly, in Auckland, student
activist and CRACCUM council member Jai Bentley Payne
notes, "Students can be the vanguard of popular change. We
have seen it time and again, and we are part of something that is
happening around the world now ... . Our job is to join the alliance of
the disaffected and show who and what is excluded from a political
situation in which a tiny elite profit ruthlessly from the hardship and
toil of others. Education should be a pathway to a fair and equal
society, not a shopping list for the
wealthy."

Lawrence Alfred Powell is
honorary research fellow at the Centre of Methods and Policy Application
in the Social Sciences at the University of Auckland, New Zealand, and
former polling director for the Centre for Leadership and Governance at
UWI, Mona. Email feedback to columns@gleanerjm.com and
lapowell.auckland@ymail.com.