Close to $1b in lottery prize money unclaimed 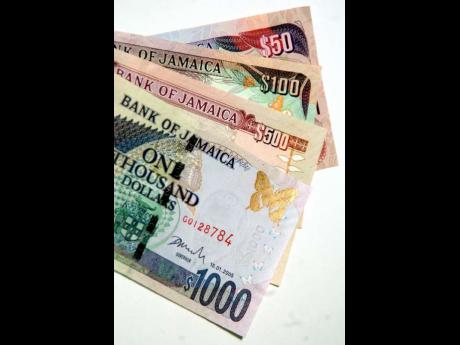 Thousands of winners of the popular Cash Pot and other games of chance have failed to collect their prize money over the past five years, leaving Supreme Ventures Limited (SVL) and the State rolling around in nearly $900 million that the lottery company should have paid out.

Roughly 500,000 people play the various games every day at the approximately 1,100 lottery agents across the island, but many of them fail to cash in on the so-called ticket to their dreams.

Statistics obtained from the Betting, Gaming and Lotteries Commission (BGLC) show that between April 2006 and March 2011, many players of the various lotteries offered by SVL did not claim $890 million in prizes they had won.

As a condition of its licence, unclaimed winning money is shared equally between SVL and the Culture, Health, Arts, Sports and Education (CHASE) Fund, a state-owned entity mandated to receive, distribute, administer and manage the monetary contributions from the lottery companies pursuant to Section 59G of the Betting Gaming and Lotteries Act.

The $238 million that was unclaimed in the 2008-2009 financial year was the most for any of the five years examined by The Sunday Gleaner.

Derek Peart, executive director of the BGLC, told The Sunday Gleaner that lottery winners have roughly three months to collect their prize.

"A winning ticket can be claimed up to 90 days after the draw," he said. After that period, it is bonus time for the company and the CHASE Fund.

Carlene Edwards, senior corporate communications officer at SVL, said the company usually pumps its 50 per cent of the unclaimed prizes into marketing and promotions.

But, Edwards argued that the unclaimed prize money is a drop in the bucket when compared to what SVL pays out to winners who turn up to collect on their winning tickets.

The SVL spokeswoman said research conducted by the company over the years has shown that there are several reasons for persons not claiming their prizes.

"These range from lost tickets, tickets forgotten in pockets (and) Lotto/Super Lotto players who do not bother to check for subsidiary prizes if the jackpot rolls," explained Edwards.

No figures for last year

Meanwhile, SVL could not say how many winners did not claim their prizes last year or what is the largest unclaimed prize in the company's history.

Edwards said the company did not have the information in that format.

"As stated above, the cumulative total for unclaimed prizes last (calendar) year was approximately $222 million," she said.

While it is mandated that unclaimed lottery prizes are shared between the state entity and the lottery operator, the country's gambling boss said no such stipulation exists for the betting industry, including the popular horse racing.

In addition, while lottery players have up to three months to collect their prizes, "the claiming period for betting varies per bookmaker between 14 and 60 days".