Don't let us down, PM - Blind cricketer prays Simpson Miller keeps her word and helps members of the disabled community 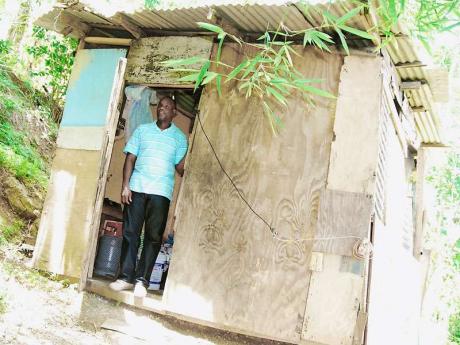 Standing at the entrance of a one-bedroom shack he calls home. 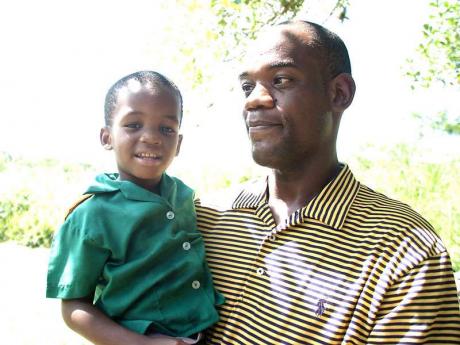 Twenty-eight-year-old Damain Simpson, a partially blind teacher and sportsman is enduring suffering that knows no bounds.

Something as simple as a daily meal is a luxury he sometimes cannot afford. Though blind, finally he is seeing a ray of hope.

Prime Minister Portia Simpson Miller's announcement, in her recent Budget presentation that the Disabilities Act, which has been stalled since 2004, will be enacted has given Simpson some hope.

This was buttressed with the prime minister's announcement that employment opportunities will be created for persons with disabilities under the Jamaica Emergency Employment Programme (JEEP) and that educational assistance will be given to members of the disabled community.

The visually impaired cricketer, who has represented Jamaica, hopes Simpson Miller's announcement means that he will have better luck in getting a job and that his living conditions will be improved.

Simpson is now unemployed and lives in a dilapidated one-bedroom shack on the outskirts of Sandy Bay, Hanover, in a community called Pumpkin Bottom.

The house has neither electricity nor sanitary conveniences and the roof leaks whenever it rains.

Even getting to the house is an uphill task as a wrong step could lead to a fall down the steep, hilly terrain.

He is the father of a four-year-old boy who lives with his grandmother because his house is not suitable.

Simpson was born with retinitis pigmentosa and can barely see during the day but not at all at nights.

"It is not by choice why I live here, it is because there is nowhere else for me to go," he tearfully explained.

"Not many persons are willing to employ a visually impaired person in Jamaica. Despite that reality, I want to work and be able to provide for myself and my son," said the Jamaica College past student.

Simpson was a part of the first West Indies Blind Cricket World Cup squad that toured Pakistan in 2008.

He participated in West Indies Blind Cricket activities from 2004-2009 but had to stop training with the team as he did not have the money to travel from Hanover to Kingston for training.

"I was blessed to receive a full scholarship to attend Mico University College where I received a diploma in history and social studies in 2007. I am now trying to complete my psychology degree at IUC (International University of the Caribbean), but most times I don't have the funds to pay the tuition.

"I just have to try and motivate myself because with the living conditions, not having enough to buy food, sometimes it is friends who chip in to help here and there but it is really hard," said Simpson despondently even as he expressed hope that what he heard from the prime minister will be more than just words.

"The community of persons with disabilities is another vulnerable group within the Jamaican society. As we move forward, we must put in place sustainable policies which will redound to their improvement," declared Simpson Miller in Parliament.

Now a former national and West Indies blind cricketer is hanging his hopes on her every word.