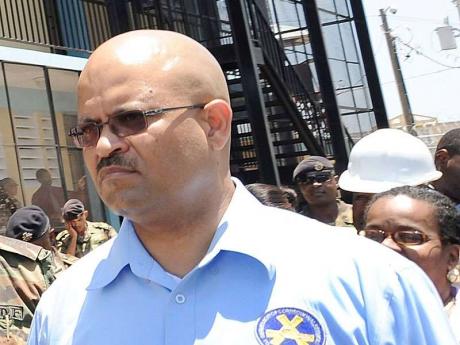 Jamaica's prison authority will be spending millions of dollars out of its meagre budgetary allocation this year to remove a roof containing the cancer-causing agent, asbestos.

Head of the Department of Correctional Services (DCS), Lieutenant Colonel Sean Prendergast, has confirmed that the roof of a building at the Richmond Farm Adult Correction Facility in St Mary is laced with asbestos, a mineral fibre once commonly used in a variety of building-construction materials.

Medical authorities have repeatedly warned that the inhaling of small particles of asbestos can lead to lung cancer, and Prendergast says efforts will be made to replace the roof quickly.

According to Prendergast, the prison authorities became aware of the asbestos roof back in August 2009 after it asked experts from the Ministry of Health to conduct an assessment.

"The experts said that the roof has an asbestos content, but at that stage, there was no imminent risk unless the roof was damaged and the fibres became airborne," said Prendergast.

He said while the state of the roof has not changed since the assessment was conducted, the DCS is not taking any chances with the dangerous material.

"I don't want the roof to get damaged. Instead of waiting for it to happen, we are taking steps to carve out some space in the little budget we have. It's better to be safe than sorry," said Prendergast.

"I don't want anybody to believe that our staff is in grave danger and we are not doing anything about it," he added.

The prison boss also told our news team that a quotation received in 2009 showed that it would cost $2.3 million just to remove the roof.

"That doesn't take into account the cost to replace it," said Prendergast.

Plans are in place for the DCS to get another assessment on the cost to remove and replace the roof.

"We have been told what we are getting (a budgetary allocation), and so we are moving the plan through the established procedures," said Prendergast.

Only $2.5 million has been allocated to the DCS for this fiscal year to repair buildings and equipment in the recently approved 2012-2013 Estimates of Expenditure.

The building with the asbestos roof does not now house any inmates of the prison.