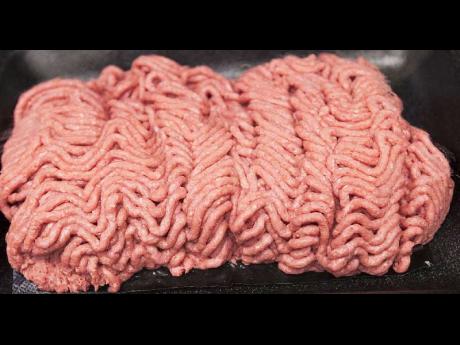 Jamaica's health ministry has declared that the controversial product known as lean finely textured beef,or pink slime, will not be allowed into the country as it is not safe for consumption.

Dr Linette Peters, policy and programme director of veterinary public health, told The Sunday Gleaner that there are health risks associated with the ingestion of pink slime.

"Jamaica imports beef trimmings from several countries. Meat treated with ammonia gas, as is the case with pink slime, is not acceptable for human consumption in many countries, including Jamaica," said Peters.

The health official also assured Jamaicans that beef trimmings imported for the processing of patties or any other product are duly inspected, and pink slime is not allowed into the country.

Most of the fast-food outlets operating in Jamaica have said that they do not use pink slime in their products.

The Ministry of Agriculture has also said that it has never approved a permit for the importation of pink slime, and it does not plan to do so.

The product has been met with mixed reviews in the United States.

The maker of the product insists that it is safe and the United States Department of Agriculture agrees. Still, thousands of Americans have boycotted the product.

Pink Slime is finely grounded meat scraps, ligaments, fat, and connective tissues mechanically removed from the carcass after deboning in a heat treated centrifuge. This product is then treated with ammonia gas to destroy bacteria such as E. coli and salmonella.

- Courtesy of the Ministry of Health