Local fashion designing gets a boost 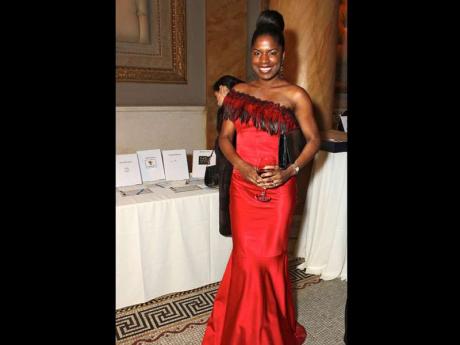 The reality show in fashion designing, cutting, and construction, 'Mission Catwalk', has boosted interest in the courses offered by GARMEX HEART academy, one of two local entities offering national training and certification in clothing and textiles.

Senior instructor in apparel at the GARMEX academy, Shelia Robinson, told The Sunday Gleaner that the participation of some students from the organisation in the show has spurred more interest from applicants.

Speaking against the background of a gap analysis showing a national shortage of dressmakers and tailors, Robinson said while there is a general downturn in the fashion industry, there is still a demand for specific skills.

"People still like customised clothing. Not everybody likes to wear imported clothing. They want to be different. They want a particular fit," said Robinson.

According to Robinson, when the organisation participates in career fairs, interest peaks for designing, especially as mini-fashion shows usually complete the presentation.

"You can see the interest from the students, both males and females," said Robinson.

In the meantime, GARMEX head, Audrey Toussaint, said there remains a need for seamstresses across the island.

"It does not matter how great your designs are, if you do not have anyone to sew it, you are not going anywhere," said Toussaint as she noted that some persons are straight designers and need others to sew.

A holistic programme is offered by HEART, but students may specialise towards the end of the training.

A HEART/NTA study conducted in 2011-2012 is used by the entity as a guide to identifying gaps in the professionals categories and to steer students to these areas.