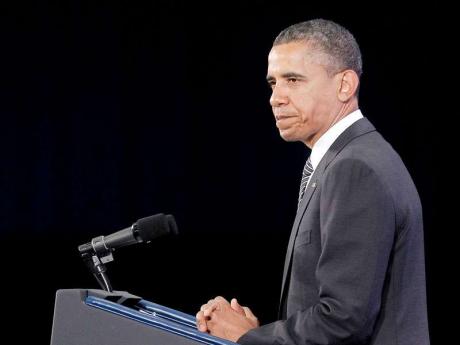 President Barack Obama speaks at the Symposium on Global Agriculture and Food Security at the Chicago Council on Global Affairs, Friday, May 18, at the Ronald Reagan Building in Washington. - AP

Obama has denied the charge calling it "offensive" and "wrong".

Recent news articles contained details of US involvement in a partially successful computer virus attack on Iran's nuclear programme and on the selection of targets for counterterrorism assassination plots.

The leaked information generally painted Obama as a decisive and hands-on commander-in-chief.

"The notion that my White House would purposely release classified national security information is offensive. It's wrong," Obama told reporters at a news conference last Friday.

Obama promised investigations into the source of leaks about US involvement in cyber-attacks on Iran and drone strikes on suspected terrorists.

"We're dealing with issues that can touch on the safety and security of the American people, our families or our military personnel or our allies, and so we don't play with that," he said.

Hours later, Attorney General Eric Holder announced that two US attorneys will lead a pair of criminal investigations already under way into possible unauthorised disclosures of classified information within the executive and legislative branches of government.

Holder said he was confident the prosecutors would follow the facts and evidence wherever they led.

"The unauthorised disclosure of classified information can compromise the security of this country and all Americans, and it will not be tolerated," he said.

Three weeks ago, FBI Director Robert Mueller said the bureau had launched an investigation into who leaked information about an al-Qaida plot to place an explosive device aboard a US-bound airline flight.

Separately, calls from Capitol Hill have mounted urging a leak probe into a New York Times story a week ago about US involvement in cyber-attacks on Iran.

Leaders of the Senate and House intelligence committees said last Thursday they were drafting legislation to further limit access to highly classified information and possibly impose new penalties for revealing it.

Lawmakers have pointed to recent stories by The New York Times, The Associated Press and other news organisations that contain previously secret information and cite anonymous US officials.