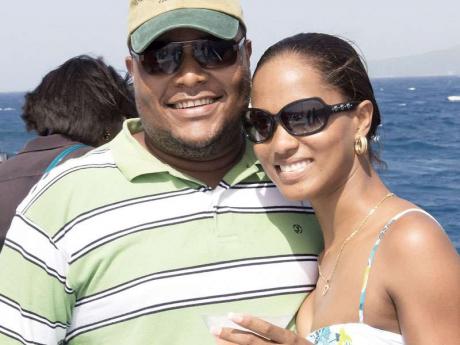 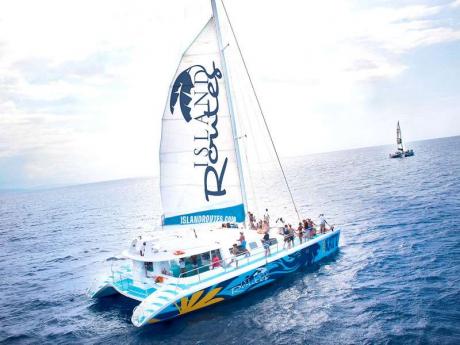 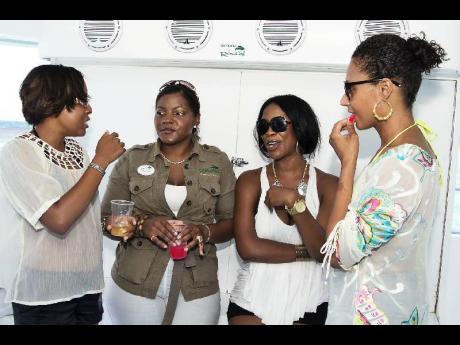 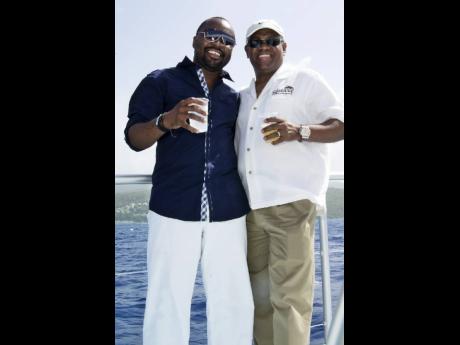 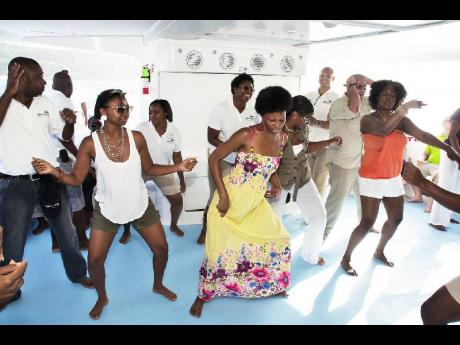 Patrons enjoying themselves on board Island Routes cruise.
1
2
3
4
5

Fun-loving Jamaicans are in for a new, special treat this summer from Island Routes Caribbean Adventure Tours.

Last Sunday, Island Routes launched its Mello' Vibes Catamaran Cruise to coincide with Jamaica's 50th anniversary of Independence and, more important, to allow Jamaicans the privilege to enjoy Jamaica in a way most of us have not done before.

Explaining that the reasons behind the cruise are many, Island Routes General Manager David Shields said, "We've seen an opportunity for Sunday cruise. Cruising by its very nature is quite relaxing and provides an opportunity for persons to just get away, and why not on a Sunday?

"Traditionally, because we tend to cater to the tourism sector, we would do it on weekdays when most visitors are here. However, we felt that it was important to create a product that had a Jamaican flavour and why not do it, especially, as we celebrate our 50th anniversary of Independence? So this product is being launched today and will roll out over the summer - in particular, in July. We will have some rotation, the first Sunday in every month are the targeted dates."

About 85 people were on-board for the inaugural cruise which left Sandals Grande Riviera for the three-hour voyage along the Ocho Rios coastline.

While the DJ kept guests entertained, cocktails flowed and gourmet appetisers tantalised the taste buds. But for several people on-board, their satisfaction came from just relaxing and feeling the vessel ride the waves of the Caribbean Sea, while enjoying the view of the Jamaican coastline.

According to Shields, the cruise will not be limited to Ocho Rios.

"We plan to do a major cruise right across Jamaica - Negril, Montego Bay and Ocho Rios - around the August fifth date. In fact, we are planning to do that right after the 100 metres (Olympic race) in London, when we think we'll have something to celebrate. We're going to be promoting that cruise as a celebratory Olympic victory cruise as well as an Independence cruise."

He continued, "Ocho Rios is going to be our base. We hope to run this cruise from here and we will always be targeting a special price for Jamaicans (US$50). For the weekend of Sumfest, we'll do a Montego Bay cruise, as well as an Ocho Rios cruise; and for Independence, we'll do it right across Jamaica - Ocho Rios, Negril and Montego Bay."

The three-hour cruise went extremely well. "It was good, it was really, really nice, I enjoyed myself," said Shelly-Ann Spaulding, who journeyed from Kingston with her mom and two sisters for the cruise.

"I would go again, definitely. First of all, the staff, they are very, very helpful and friendly. They always come asking if you're okay, and I think that was something that everybody looked forward to," Spaulding explained.

She continued, "I'll encourage anybody to go on it. It relaxes you. You kind of rejuvenate yourself being around those persons. It was altogether wonderful."

Shields, too, was satisfied with how the first cruise went. "I am satisfied and I think I'm satisfied because of the comments I've heard from the guests; they are indeed satisfied.

"It is very warm to hear Jamaicans speak about the fact that we as Jamaicans don't understand our own tourism product, and Island Routes is presenting our Jamaicans with an opportunity to be exposed to our own products. Too often our visitors tell us what they do in Jamaica and Jamaicans don't know about it. So today, I'm pleased and proud, as a Jamaican, that our own people were able to experience one of our main products in Jamaica."