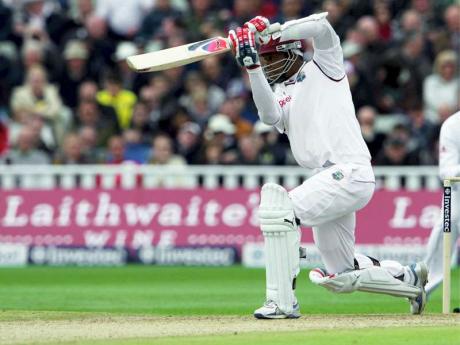 In-form batsman Marlon Samuels stroked his third half-century in as many innings, while the struggling Denesh Ramdin hit his first in three years to break a prolonged slump, as West Indies rode their luck on the third day of the final Test here yesterday.

In the first taste of action after persistent rain forced the abandonment of the first two days without a ball bowled, West Indies rallied to 280 for eight at the close to keep England in the field all day, after they were sent in at Edgbaston.

They found impetus from Samuels, who scored a high class 76 and Ramdin, who was unbeaten on 60 at the end.

Opener Adrian Barath got a start with 41 but failed to carry on, while debutant Assad Fudadin with 28 and opener Kieran Powell, 24, also shaped up well before perishing.

Bailed out by the lower order

West Indies coasted to 90 for one after lunch, but lost four wickets for 62 runs to stumble to 152 for five, before they were once again bailed out by the lower order.

Samuels and Ramdin put on an invaluable 56 for the sixth wicket before captain Darren Sammy (16) added a further 33 for the seventh wicket with Ramdin.

Debutant Sunil Narine (11) ensured the tail wagged, posting 26 with Ramdin for the eighth wicket and Ravi Rampaul sensibly saw out the last 17 minutes of play to be unbeaten on two at the close.

Samuels struck 10 fours and a six off 114 balls in just over two-and-a-half hours at the crease, while Ramdin has also lasted a similar amount of time, facing 108 balls and counting seven fours.

Displaying the same composure and maturity that brought him a century and an unbeaten half-century in the last Test at Trent Bridge, Samuels held the innings together with another classy knock.

He punched off-spinner Swann to the cover boundary off the back foot to get going and then unfurled an array of sweetly timed off-side drives to move into high gear.

He reached his half-century in style in the penultimate over before tea, launching Swann over long on for six and following up with another exquisite cover-driven boundary.

After the break, Samuels appeared in superb touch until he missed one from Bresnan - in the second over of a new spell - and was lbw at 208 for six.