A phenomenon in the banking sector 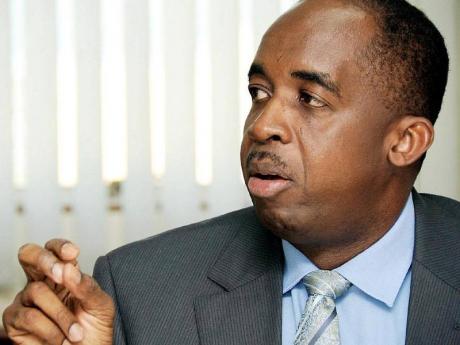 There is a calm avuncular take-charge charm about Patrick Hylton, the sort of way that makes him answer four interview questions before a single one is posed.

"I came into banking almost by accident. I could have been an engineer," said the group managing director of the National Commercial Bank (NCB).

"I left Glenmuir as head boy with a science background with my sights on Alcoa or Jamaica Public Service Company. I really applied to Scotiabank, May Pen West, on a whim, almost. My mother knew the manager there and I just applied and got the job as a teller," Hylton said.

It was only after joining the bank that young Patrick would love banking. He said there were instances where his cash was out of balance while doing lodgements, yet he roared with embarrassed laughter at a memory no banker cherishes.

"Despite that, I loved it and not even the offer of a job at Alcoa could take me away."

Michael Lee-Chin, chairman of NCB notes, "Young Patrick had to dig deep for resolve and focus in those tough days when fresh from country doing the banking course at what was then the College of Arts, Science and Technology (CAST)."

"We would be working on huge issues during the FINSAC (Financial Sector Adjustment Company) days until 2 to 3 o'clock in the morning and be back at it 8 a.m. ready to tackle more mergers and good-bank, bad-bank scenarios," Hall said.

Hylton shared with The Gleaner that his journey to being one of Jamaica's top bankers has not been smooth sailing.

"I'm not ashamed to tell you I came to town with two bags. One had my clothes and the other had my bed, which was a piece of sponge that I rolled out on the floor. It's not what happens to you, it's what you do about it," he said.

"I went many days without lunch at CAST. I drank water and read in the library during break. Another banking student on scholarship, Allison Prince, noticed what was happening and used her vouchers to share lunch with me," he recalled.

"She used to be with NCB, but I have never been able link her and really say thanks."

Space does not permit more of the story except to say he drew on the often quoted 'the heights of great men reached and kept ...' because, indeed, as a young boy, Hylton spent most of his childhood days burning the midnight oil.

"My parents, at great personal sacrifice on their teacher's and policeman's salaries, bought a set of encyclopaedias; they put them at the top of my bed, and every night I would be reading upwards into the wee hours. That has helped me deal with tough tasks and complex issues because I read my textbooks like most read a novel," Hylton said.

The rest of Patrick Hylton's career reads like a storybook. He skipped from Scotiabank to Citizens Bank, taking a pay cut to avoid operational banking for the credit side.

A meteoric rise through the ranks saw headhunter David Parchment relentlessly pursuing Hylton for months to join Blaise Trust and Merchant Bank. During the 1990s, within days of joining, he faced down the board with news that the bank was insolvent and, as a man of integrity, he reported the state of affairs to the authorities. The gaping wounds within Jamaica's financial system were now exposed; the banking sector was in crisis.

At 34, when most other bankers would be starting management practice, Hylton assumed the task of leading Jamaica's response to dealing with the crisis, doing so as head of the FINSAC.

"I'd say that the Citizens moves and the FINSAC leadership up to 2002 were high points. And then when I took charge of NCB in 2004, I was bold enough to declare that we'd be number one.

"It's not where you're coming from. It's where you are going, and how you're going to get there," Hylton said.