Putting the brakes on bad drivers 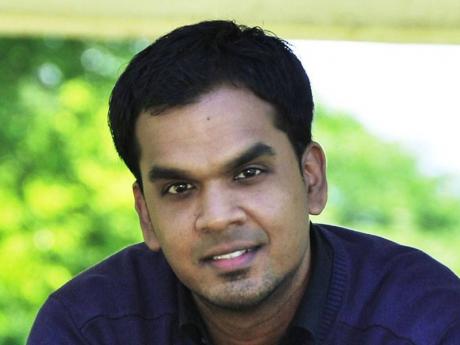 I don't suffer from road rage. I can now say this with some certainty because on my way to work one day last week, when a second taxi cut in front of me before coming to a sudden stop, I did not step out of my vehicle to poke the driver in the eyes. Clearly, I have come a far way.

But it's not easy. Driving isn't fun anymore. There are just too many vexing elements involved. It's like flying. Remember when a trip overseas was thrilling not only when you landed at your destination, but the second you arrived at the airport to check in? It was the whole experience - the airport routine, getting on the airplane, the take-off and landing - that was exciting.

Now when you're getting ready to fly, all you can think about are long lines, underwear bombers, menacing immigration officers and rub-down searches.

That's what driving is often like - being poked and prodded by a different reprobate bus or taxi driver at every corner. All this hassle just to get from one place to another.

A Gleaner story published last week revealed that the Island Traffic Authority has proposed the implementation of a graduated licensing system to help deal with the problem. This means that the process of getting a driver's licence - from a learner's permit to a full driver's licence - would be extended. Some new levels would be added to the process and the driver would be granted greater freedom on the roads with each level cleared. When the process is complete, then and only then would the full-fledged driver's licence be issued.

Now this sounds like a good idea. Under this system, ostensibly, only persons with full driver's licences would be on the roads without supervision, and it would be fair to assume that when they do earn this privilege, they have the requisite skills and experience to handle their vehicles safely.

A downside to this proposal has, however, been highlighted by members of a Senate committee on national policy examining road-safety issues. They figure that if the process of getting a driver's licence is made more difficult, it will only serve as encouragement for impatient persons to turn to the already thriving black market for their licences. Who has the time to wait a year just to get a driver's licence anyway? There are corners to speed around and stop lights to break.

Creating more business for the black market would be counterproductive, of course. So if the graduated licensing system is implemented, it should coincide with a strategy to end the racket once and for all. This would be great. The buying and selling of driver's licences has been a problem for a long time. Oddly enough, though, it seems to be of relatively little concern to most.

The committee members also discussed the possibility of revisiting the issue of illiterate drivers. The suggestion was that if statistics show no direct correlation between road crashes and illiteracy, illiterate persons should be allowed to drive. They say this would nullify one of the most attractive incentives of the black market. Apparently those selling licences aren't interested in their clients' ability to read and write.

This needs to be given more thought, though. Instead of lowering standards to compete with the black market, how about going a step further? Shutting down the black market altogether seems like the best way for the State to create a monopoly on legal driver's licences. This is the kind of monopoly that benefits consumers.

In the meantime, to all the well-thinking policemen and women who, despite apparently having little ability to keep bad drivers off the roads, are still keen on finding them and adding tickets to their collections, I can help.

Just look for me in traffic. The worst drivers in the country are always directly in front of or across from me. Better yet, give me a badge and the power of arrest for a day and I'll round up a baker's dozen by nightfall.

Robert Lalah is assistant editor - features and author of the popular 'Roving with Lalah'. Email feedback to columns@gleanerjm.com and robert.lalah@gleanerjm.com.