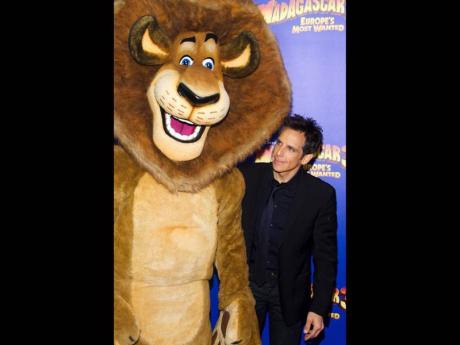 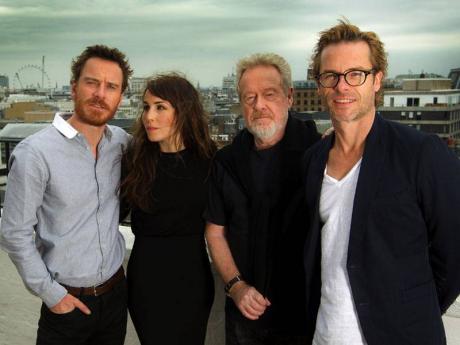 Circus animals and space beasts have lifted Hollywood to a huge weekend.

The cuddly critters of Madagascar 3: Europe's Most Wanted led the weekend with a US$60.4 million debut domestically, followed by a big opening for Ridley Scott's alien saga Prometheus at No. 2 with US$50 million, according to studio estimates yesterday.

Madagascar 3 outdid the US$47.2 million debut of the 2005 original, though it came in behind the US$63.1 million opening of the first sequel, 2008's Madagascar: Escape 2 Africa. Europe's Most Wanted had the added benefit of today's higher ticket prices and a bump from fans who caught 3-D shows, which cost a few dollars more than 2-D screenings.

"It's the beloved characters and their comic adventures. And Madagascar 3 is critically the best reviewed of the franchise. Both audiences and critics really love this one the most," said Anne Globe, head of marketing for DreamWorks Animation.

Madagascar 3 also took in US$75.5 million internationally for a worldwide debut of $135.9 million.

Prometheus, from 20th Century Fox, stars Noomi Rapace, Michael Fassbender and Charlize Theron in an offshoot of director's Scott's 1979 science-fiction horror tale Alien. Prometheus did big business despite an R rating, which can limit a movie's audience since fans under 17 must see it with an adult.

Conventional wisdom is that action films should come in with a PG-13 rating to cast the widest net possible for its audience.

"A US$50 million weekend disproves that rule, for sure," said Chris Aronson, head of distribution for 20th Century Fox. "This movie is so special. It's visually stunning, great storytelling as Ridley is known for. It's Ridley Scott's vision. I'm an unabashed fan of the movie, and the performance at the box office bears that out."

The movie added US$39.2 million overseas, bringing its international total to US$91.5 million and its worldwide take to US$141.5 million since it began rolling out in some markets a week earlier.

The one-two punch of Madagascar 3 and Prometheus lifted Hollywood out of an early dip in summer-season revenue. After three straight weekends of declining receipts, domestic business totalled US$177 million, up 29 per cent from the corresponding weekend last year, when Super 8 led with US$35.5 million, according to box-office tracker Hollywood.com.

"It has to do with the variety of movies in the marketplace," said Hollywood.com analyst Paul Dergarabedian. "This is a perfectly programmed summer weekend with a PG-rated animated family film combined with an R-rated, intense sci-fi movie."

The previous weekend's top draw, Universal's Snow White & the Huntsman, slipped to third place with US$23 million, raising its domestic total to US$98.5 million.

Sony's Men in Black 3 finished fourth with US$13.5 million, putting its domestic receipts at US$135.5 million.

The superhero smash The Avengers, from Disney's Marvel Studios, was No. 5 with US$10.8 million, lifting its domestic total to US$571.9 million. The year's top-grossing film, The Avengers added US$7.8 million overseas, raising its international haul to US$824.4 million and its worldwide revenue to just under US$1.4 billion.

Lionsgate's The Hunger Games, No. 2 on this year's box-office chart, took in US$1.1 million to cross the US$400 million mark. Its domestic total stands at US$400.3 million, and the film has taken in nearly US$650 million worldwide.

Here are estimated ticket sales for Friday through Sunday at US and Canadian cinemas, according to Hollywood.com: