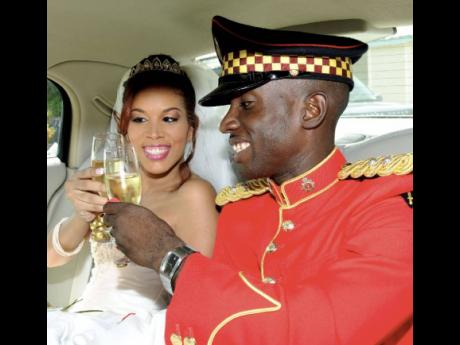 Newly-weds Melissa and Nicholas Joseph say cheers to a new beginning together as husband and wife. 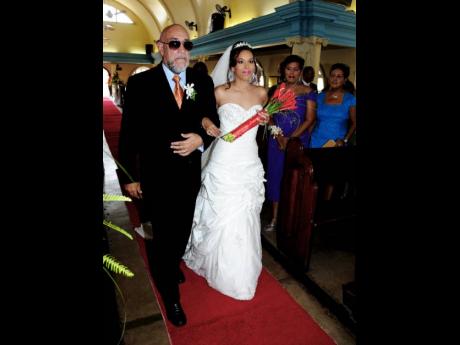 Allan Rickards escorts his daughter, Melissa, up the aisle to meet her eager groom. 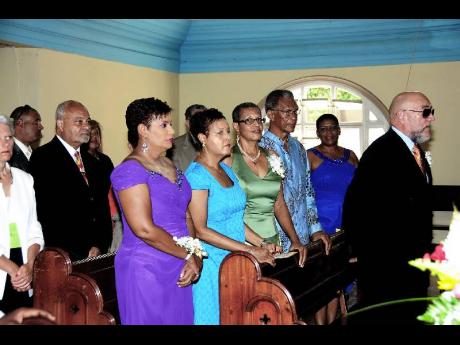 The solemnisation of Holy Matrimony between Nicholas Demitrius Joseph and Melissa Dee Rickards, held at Garrison Church of the Ascension, Up Park Camp, on Sunday, June 3. - Photos by Winston Sill /Freelance Photographer 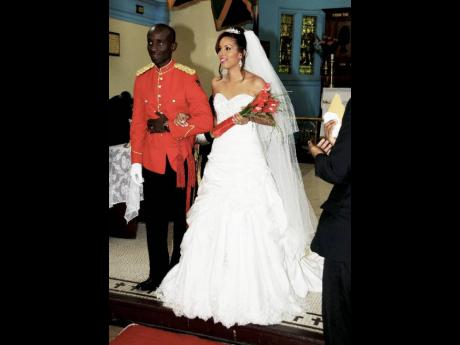 The husband and wife pair being introduced for the first time to guests as Mr and Mrs Nicholas Joseph. - Photos by Winston Sill/Freelance Photographer 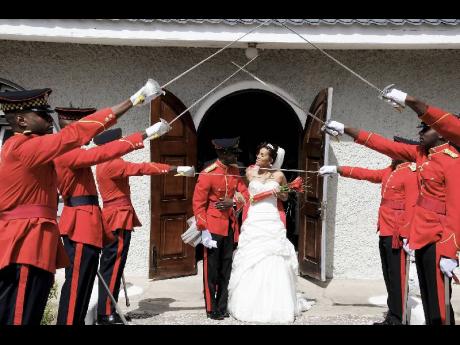 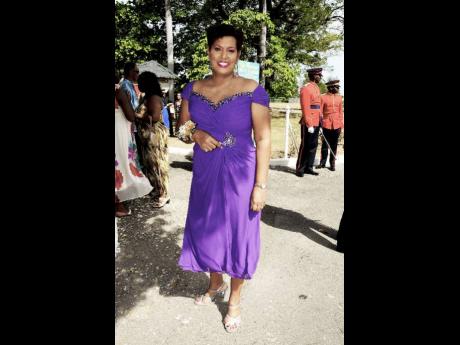 Mother of the bride Dorraine Samuels looking quite radiant in purple!
1
2
3
4
5
6

Just as they wanted it, it happened and even exceeded their expectations!

Melissa Rickards and Nicholas Joseph were joined in holy matrimony on June 3, 2012 in a small and intimate affair.

Under the watchful eyes of family and friends, the beautiful bride walked up the aisle with her father, Allan Rickards, to meet her waiting groom at the Garrison Church of the Ascension, Up Park Camp. In a stunning strapless couture gown, courtesy of Elegant Weddings, the bride glowed flawlessly on her special day.

The progression to this day started three years ago when the two met. "We actually met outside of my workplace at the JDF camp. I was the one who started the conversation with him, and from then a friendship started."

A lieutenant in the military, Joseph who was convinced that he met the right one, asked for her hand in marriage on his birthday in the presence of her father. "He actually proposed on his birthday, which was the day before he was leaving to go to China for work. I was at my father's house and I remember him telling my father how much he loved me and then just went down on one knee and asked me to marry him."

So overwhelmed with emotions, she didn't even realise that she was not forthcoming with an answer. "I cried and I remember him reminding me that I didn't give him an answer."

So fast forward to the moment of truth two Sundays ago, the proposal was turned into a lifelong commitment.

With a gold and red colour scheme, the reception area at the Jamaica Officers' Club was transformed into an oasis of love. Under the execution of Lorraine Clunie of Elegant Weddings, the setting reflected pure elegance. The flowers, which were a combination of the colour scheme, further enhanced the space.

While the couple were whisked away to capture their special moments on camera at Hope Gardens, guests were privy to a cocktail hour while enjoying fine conversation.

For the reception, the emcee for the afternoon was Norma Brown-Bell and music was by Andrew Lawrence.