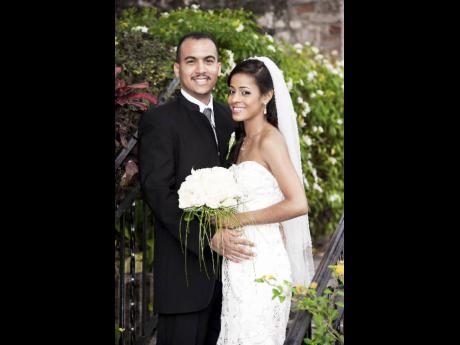 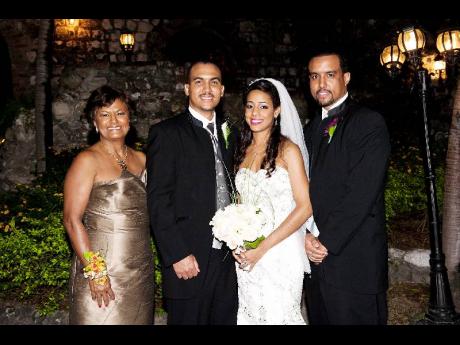 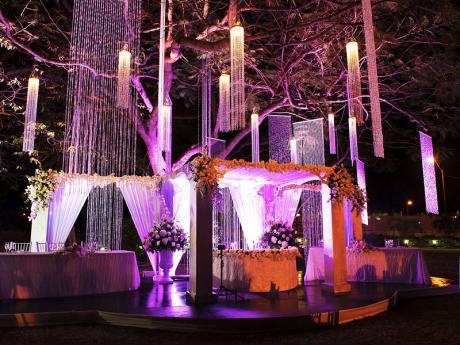 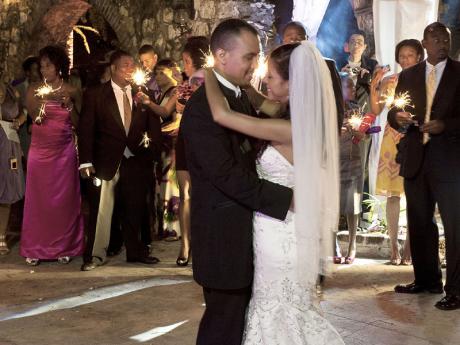 The couple doing their fist dance to 'I'm Your Man' by Seal. 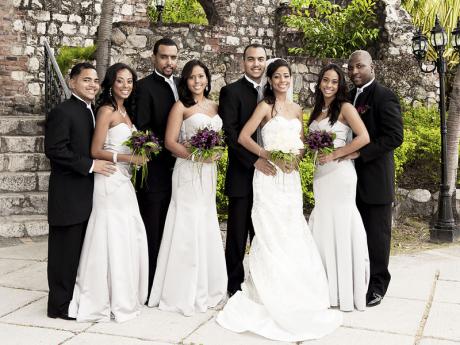 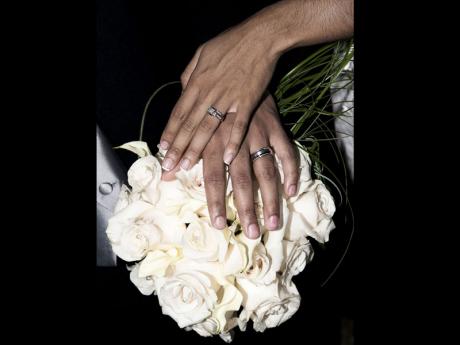 It was as if the Creator sent a refreshing downpour as a sign of his bountiful April blessings before Dominic Miller and Alexia McDonald exchanged vows on Easter Sunday. The rain also brought with it a wonderful afterglow, providing the perfect backdrop to a magical wedding.

Miller, an investment officer at National Commercial Bank (NCB), and Mcdonald, a business advisor at KPMG, met four years ago. The groom's lifelong friend Wade Robotham, and Mcdonald's cousin Matthew, thought it would be a good idea to get them together. The rest, as they say, is history.

Over the years, Dominic and Alexia developed a strong bond and, last Christmas, Dominic proposed.

Alexia is the daughter of Berger's regional managing director, Warren McDonald and his wife Joan. Dominic's parents are Elaine Miller and the late Dr Barrington Miller.

Guests from abroad, family members and friends joined the proud parents on the afternoon of April 8 on the grounds of the old Still House Ruins at Mona Visitors' Lodge, University of the West Indies. The reception followed on the adjacent lawns. Both areas were transformed into a stunning showpiece by wedding co-ordinator Dawn Leyow of DEC Events and Charmaine Phang of Grande Garden.

Lining the entrance walkway were 10-foot-high half curved columns wrapped in fabric and illuminated with LED lights and accessorised with crystal droplets hanging from white pomander balls.

The aisle was offset with balls of white chrysanthemums and white dendrobium and the altar area marked by two exaggerated white urns placed on four-foot columns topped with tall, white curly willow sticks filled with large white blooms of roses, hydrangeas and lilies.

The signature element, however, was the huge majestic poinciana tree on the lawns. From it's branches hung long strands of crystal beads evoking a chandelier-like effect. This was heightened by the lavender glow of LED lights which swept intermittently through its branches. This subtle use of shades of purple was artfully repeated throughout the entire decorative scheme, with the dominant colours being white and silver. There were also lighted columns draped in white, strategically placed on the periphery creating windows which cast a celebratory glow on the entire affair.

Sister of the bride and maid of honour Jhordanne McDonald, along with cousins and bridesmaids Ashleigh and Monique Robotham, wore elegant, trumpet-style platinum satin dresses as they led the way at the start of the ceremony carrying bouquets of aubergine-coloured mini calla lilies.

When the radiant bride began her walk up the aisle, she looked absolutely stunning with a hip-length veil anchored by a crystal and silver headpiece fashioned in the shape of tiny flowers. Her off-white, crystal beaded dress featuring a simple sweetheart neckline, mirrored the trumpet shape of her bridesmaids, and she carried a rhinestone wrapped bouquet of off-white roses and white miniature calla lilies while her groom's boutonnière was a single white calla lily.

The ceremony was officiated by Elder Gordon Russell and the couple released a pair of white doves symbolising the launch of their new love together as man and wife.

The reception turned out to be a fellowship under the stars with a sumptuous feast catered by Susan Couch. The couple's three-tier wedding cake was created by the bride's aunt and godmother, Thelma Grey.

When it was time to get the party started, guests encircled the couple and held glowing starlights as they danced as husband and wife to I'm Your Man by Seal. In the end, however, it was the words of the groom, hugging his beautiful wife by his side, when he gave his speech fittingly summing up the occasion. "God has definitely blessed us today."