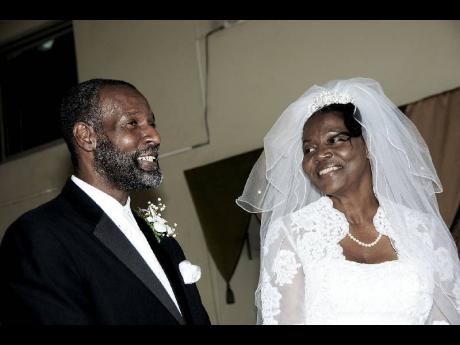 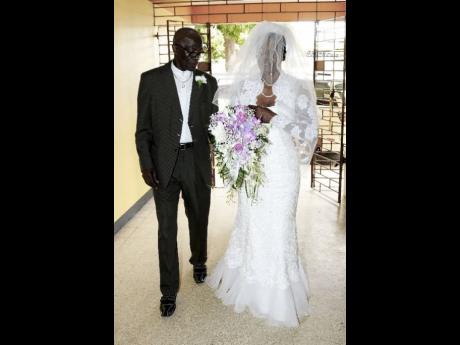 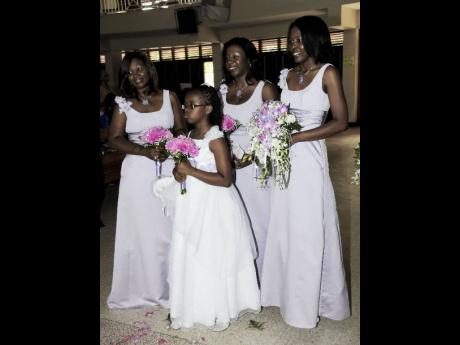 Members of the Williamses' bridal party, who helped to make their day special. Photos by Winston Sill/Freelance Photographer 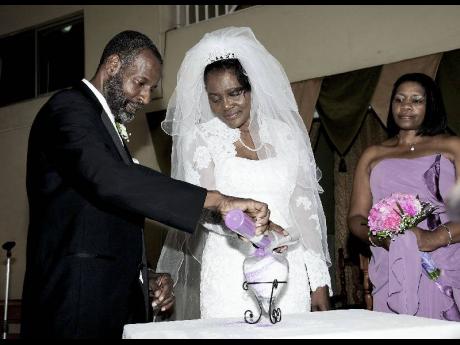 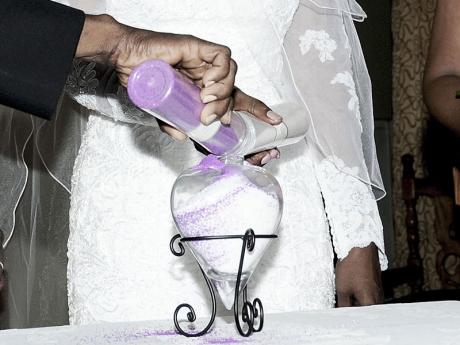 A fairy tale in the making since school days at Tulloch Primary in St Catherine hit its climax on Saturday June 2 when Una-Mae Dillon wed Elmore Dexter Alexander at the Eastwood Park New Testament Church of God. The story of the couple reads like pages of a storybook, as they have known each other all their lives. Becoming man and wife reaffirmed their "happily ever after".

The love story began in Bog Walk at primary school. Elmore liked Una-Mae, but buried his feelings until both went their separate ways. She headed to college and he to the United States of america.

Nineteen years later, the couple reunited at an appreciation ceremony for a past teacher. It was then that Elmore confessed his true feelings for Una-Mae.

Elmore had been married for over 30 years but confessed that he was always looking for Una-Mae.

Although contact was made, it took another year for the relationship to reignite.

"We lost touch again, but about a year ago, I met her brother in Bog Walk and got her contact information," the elated groom and father of eight children said.

Una-Mae, on the other hand, remained unwed and was always a career person. She confided, "I put my life in my work, so there was little or no time for a husband, although I have been proposed to on more than one occasion."

Since retiring from a teaching career over a year ago, she now feels that she is ready for quality time ... with a partner.

Una-Mae shared a few memories of that intimate but life-changing part of her life with Elmore after they were reunited the first time. "When he came back and met me a year ago, he was happy that I wasn't married. He said that I had been evading him all these years, but that the time has come and he will never leave me again," she ended.

Fast track six months into their year-long romance and Elmore unofficially proposed via telephone and then six months later in person the traditional way - on one knee. Elmore confessed that ever since he can remember he has always been looking for her and is elated to have finally found her. He gushed, "I am happy. It's a new me. After all these years of being single it is really good to have found someone that I really love." He further confessed that he loves everything about Una-Mae, but more specifically her personality and her connection to her church.

The year-long romance that was decades in the making ended on Saturday afternoon at 3 p.m. as Una-Mae, dressed in a lovely white lace gown, walked down the aisle for the first time before friends, family and God to finally become Mrs Elmore Alexander. Like all fairy tales, Elmore and Una-Mae are living 'happily ever after'.