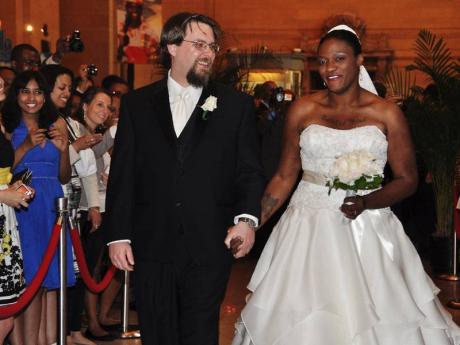 John Gordon André Millard from Montreal, Canada, and Tricia-louise Gurley from Baltimore, Maryland, USA, make their way up the aisle in a Caribbean wedding at Grand Central Station in New York on Wednesday during Caribbean Week. - Photos by Janet Silvera 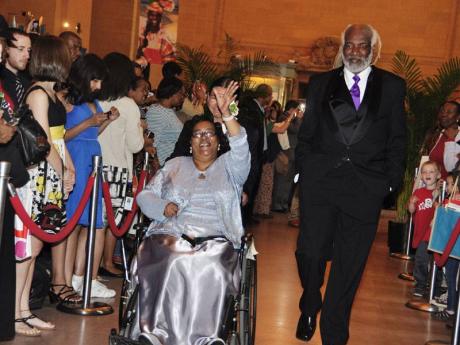 Parents of the bride Patricia Gurley and Derrick Thomas from Kingston. 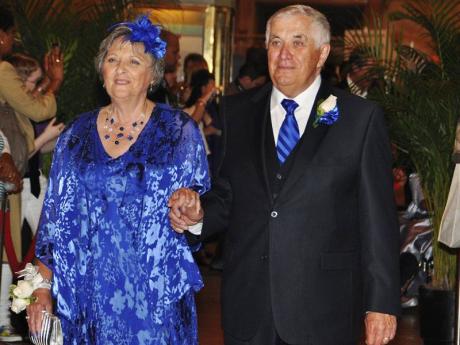 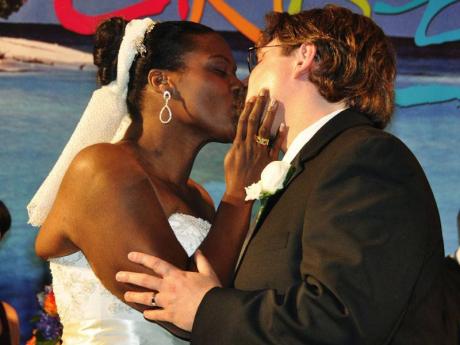 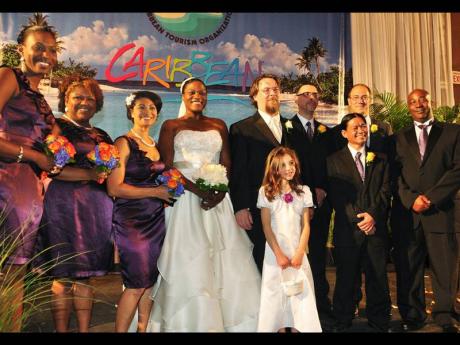 This was no ordinary wedding!

Most of the guests were unknown to the bride, Tricia Louise Gurley, and the groom, John Gordon Millard. Except for their immediate family members, the bridal party and a few friends of the couple, the two were sharing one of their most intimate moments of their lives with total strangers.

"The newly-weds will have an experience like no other when they travel to intoxicatingly beautiful St Kitts for their honeymoon, compliments of the St Kitts Tourism Authority. As a result of the island's partnering with American Airlines, the couple will receive two business class tickets to St Kitts in addition to a four-night stay at the St Kitts Marriott, provided courtesy of the resort," said the CTO.

Tricia, co-founder of the State of Maryland 'Youth Move' had her proud parents in attendance, Derrick Thomas, a Jamaican originally from Waltham Park Road in Kingston, and her American mother, Patricia Gurley.

Her husband, John, an engineering design technician, from Montreal, Canada, had his parents Rod and Marie-Paul Millard witnessing his special day.

The couple met on the popular matchmaking website e-Harmony.com in July 2011, where the magic started, culminating in a very public wedding at the Grand Central Station which has an estimated 750,000 people passing through it on a daily basis.

"Love is not about me, love is about sharing. I want everyone to feel the love that I feel," Tricia Louise told Flair with confidence.

Her husband, John, concurred, stating that having a public wedding makes their commitment even more official. "We are proud and we want the world to know. I never thought I would meet anyone like her," said the groom.

"She is the most unique person I have ever met. It was like a bolt of lightning," is how he described their meeting. "I owe a lot to the Internet," he admits.

The two communicated for two months, before meeting face to face. They tell Flair there was no nervousness when they saw each other eventually.