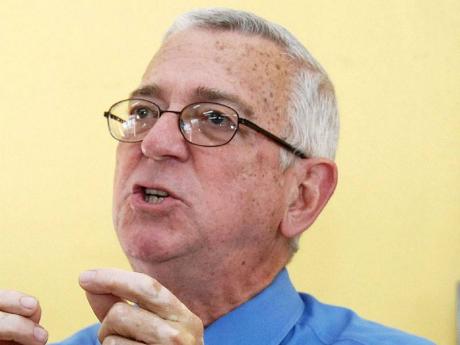 
AT LEAST six preparatory schools across the island have indicated to the Ministry of Education that they would not be reopening their doors come September because of financial constraints.

Education Minister Ronald Thwaites yesterday said the ministry would be meeting with the principals of the affected institutions to try to prevent the loss of the spaces.

"The last thing we want is to lose good school places and so we will be meeting with the principals," Thwaites said.

Acting permanent secretary in the Ministry of Education, Grace McLean, said the ministry has received notification from the schools of their intention to cease operations at the end of the summer term.

The ministry, however, did not disclose the names of the schools.

"The principals are guided by the Private Schools Policy governing closure. The principals also secure placement in other private schools for a smooth transition. Parents are given sufficient notice in order to choose or decide on another educational institution for their child or children," she indicated to The Gleaner.

She added that the management of one privately operated secondary school has indicated its intention to close the institution.

In the meantime, the Reverend Sylvester O'Gilvie, president of the Jamaica Independent Schools Association (JISA), said a number of schools are struggling to stay afloat.

O'Gilvie said that while some principals are trying to find the best way to ensure that their schools are efficient, it is an uphill task for others that just won't be able to survive the financial challenges.

The JISA president painted a worrying picture of the challenges confronting the sector, as he pointed out that laying off of teachers could also be part of measures to keep the doors of the embattled institutions open.

"Most of the schools will not be increasing their fees in light of what is happening because we may push away prospective students from coming to the school. So we have to ensure that we follow our budget and if it means cutting staff, then we have to do it," he explained.

He added that some schools are already running low on funds and are trying to find ways to continue throughout the summer period.

"Some of the private schools are facing challenges as this is the time no funds come in the system, and so they are preparing documents for the Ministry of Education so that they can access low-cost interest loans which will help them to operate," he said.

Earlier this year, O'Gilvie had said independent schools need the ministry's assistance in securing low-interest loans from financial institutions such as the Development Bank of Jamaica.

Yesterday, Marcia McCausland-Wilson, president of the National Parent-Teachers' Association of Jamaica, expressed disappointment over the pending closure of the schools.

"It is a pity that they have to close because some primary schools don't have the space, but the schools depend on the fees and the parents can't afford it," she said.

She urged the parents to step in and assist the preparatory schools that are struggling.

"The parent-teacher association should help by having fund-raising events and approach the private sector for assistance. It is a team effort that takes partnership and from some negative will come positive as the parents will understand that they need to do more to keep the schools going," she said.

Veronica Carnegie, past president of JISA, has estimated that more than 50 independent schools have been forced to close their doors in recent years. Last year, St Cecelia Preparatory School, a privately run institution, closed its doors due to the challenges it faced.