Bolt not above the law - Hinds 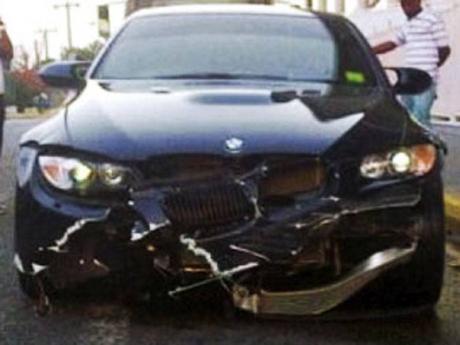 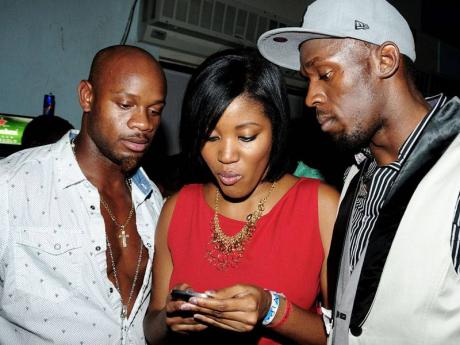 Usain Bolt (right) and Asafa Powell with an unidentified female at a Yush party held at the National Arena on Saturday night. Winston Sill/Freelance Photographer
1
2

The track and field star slammed his car into the guard rails in the vicinity of the Half-Way Tree Transport Centre just after 5 a.m. Sunday morning.

"No one is above the law and justice will be served with equity and thorough investigations will be undertaken just the same," Hinds asserted when asked to comment on the incident yesterday.

"We operate a legal regime here in Jamaica. All persons who are found guilty before the courts will go through the same process, and will be charged accordingly. The only exception is diplomats in a state that is accredited. Every person in Jamaica is subject to the law. The matter will be investigated and there will be no escape," he asserted.

According to Bolt's publicist, Carole Beckford, the athlete was involved in a minor accident on his way from a party Sunday morning. She shared, however, that there were no injuries and Bolt is at home resting.

At press time yesterday, the police had not released a report on the crash.

"There was an accident this morning involving Usain Bolt. Persons involved in crashes are supposed to make a report to the police within 24 hours and Mr Bolt has not done so. We are expecting by the latest tomorrow morning there will be official word," Special Corporal Aaron Gabriel of the Constabulary Communication Network told The Gleaner yesterday evening.

In the meantime, Beckford said fellow sprint star Asafa Powell was at the scene of the accident. She said his vehicle was not involved.

Bolt and Powell had just returned to Jamaica after competing at the Diamond League meet in Norway last Thursday.

It is Bolt's second crash in three years. In April 2009, Bolt, the triple Olympic gold medallist, walked away with minor bruises after his BMW M3 overturned on Highway 2000.