Green to include 'independent thinkers' in decision-making 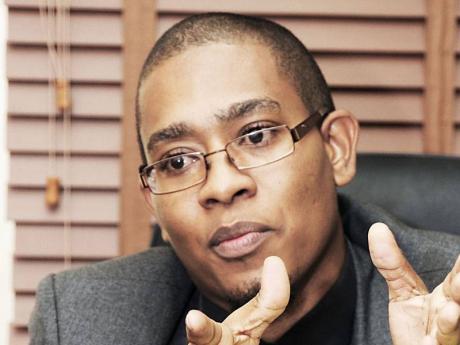 Floyd Green, the newly elected president of Generation 2000 (G2K), said he intends to utilise a collaborative approach in arriving at positions on issues of national importance.

"One of the first thing I want to look at is to establish a multi-sectoral policy committee of G2K where we don't only have people who are supporters of the Jamaica Labour Party, but also people who consider themselves independent thinkers," Green said in an interview with The Gleaner yesterday.

He argued that with such an approach, "everybody can feed into the discussion on these issues that do affect us not just on a political level, but on the level of us being Jamaicans".

The 30-year-old attorney-at-law on Saturday took over the reins of the G2K presidency from Delano Seiveright.

Already, Green has signalled that the issue of constitutional reform would be among critical areas examined by the G2K under his leadership.

"There are suggestion about removing the Queen as head of state and removing the Privy Council and going to the CCJ (Caribbean Court of Justice). What we want to do is ensure that we have focus groups that can analyse these topics. We not just going to say what we feel, we are going to try and see if we can do research first," he said.

Green also said he would also be looking to dispel the notion of the youth arms of the main political parties being mere puppets.

He told The Gleaner that discussions with the People's National Party Youth Organisation and with third parties would also form the hallmark of his presidency.