The Revenue's dash for cash 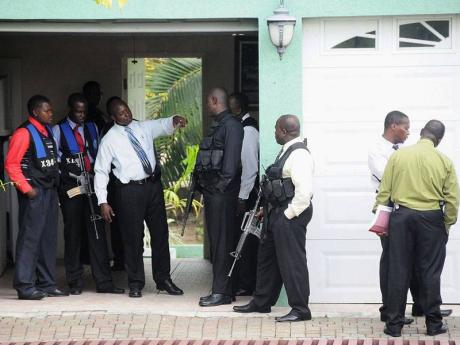 Police personnel conducting operation at a premises in the Corporate Area. - File

The media recently carried the story of the Revenue's tax raid on a major corporate player after 4 p.m. on a Friday afternoon. This is reminiscent of the deliberate practice of the police to exercise powers of arrest right before sundown when access to the court and other seats of justice are less available.

Unannounced raids by tax investigating authorities are becoming an unwelcome experience for a number of taxpayers. Enhanced enforcement machinery, declining revenues, tax leakage and the 'dash for cash' are just some of the causes attributed to the increased investigative actions by the tax authorities. Whatever the catalyst, there is the view, that companies, their directors and targeted industry sectors will be more exposed to the risk of Revenue raids than ever before.

A taxpayer who has been on the receiving end of a Revenue raid, describes the encounter as the use of a sledgehammer to crack a nut. Yet, the Revenue is legally empowered under various pieces of tax legislation to garner information considered relevant to a taxpayer's tax liability and in so doing, may:

under warrant, enter the premises of a taxpayer at any time, by force, including police 'force' and open door, lock, box, safe, as well as detain and remove documents. The Revenue may also search any person found on the premises as well as take an inventory of all "valuables";

request information relating to a taxpayer from a third party such as a financial institution, accountant (only regarding accounting records), or other person who has transacted with the taxpayer;

enter the business premises of a taxpayer unannounced during office hours and audit or examine books and documents and make copies of such documents.

The debate is long-standing over whether the use of such wide powers by the Revenue against citizens, companies, banks and professionals should not be reserved for cases of tax fraud. These powers arguably promote abuse, facilitate swift access to private and confidential financial information and create reputational risk and aggravation to taxpayers. The fact remains that the Revenue's powers are entrenched in law and the taxpayer is left to invoke safeguards and pursue remedies available to it where the raid has been improperly executed.

Upon their arrival to conduct the search, the Revenue must present the warrant for the taxpayer's review, though no guidelines exist as to how much time should be afforded to the taxpayer to examine the warrant or to source legal assistance to ensure the validity of the warrant. Understanding the scope (which may be wide or narrow) and terms of the warrant are important since this would inform the taxpayer of the premises subject to search, the nature of information sought and the authorised persons to conduct the search. Reasonable assistance should be given to the authorised persons, for example, providing access to computers where relevant information is stored. It is a criminal offence to impede the search or to conceal or destroy documents or information required under the search. This does not mean that the searchers have a right to wander freely around the premises and to interrogate.

The protective mechanisms described above serve to prevent overreach and an abuse of process by the Revenue, albeit it will not mitigate the intrusive nature of a Revenue raid, since surprise is the key weapon in the Revenue's armoury. However, even in such times of a raid when friction is rife, a balance must be struck to allow the investigative process while preserving the rights of taxpayers. A useful step in that direction would be the Revenue's publication, as obtains in other countries, of guidelines on how search operations are to be conducted and the rights and remedies of taxpayers. For the taxpayer, in addition to ensuring that he is tax compliant, there is a recommendation that every taxpayer should have a 'raids defence' strategy as a routine operational part of their risk-management procedure.

Debbie-Ann Gordon is an attorney-at-law